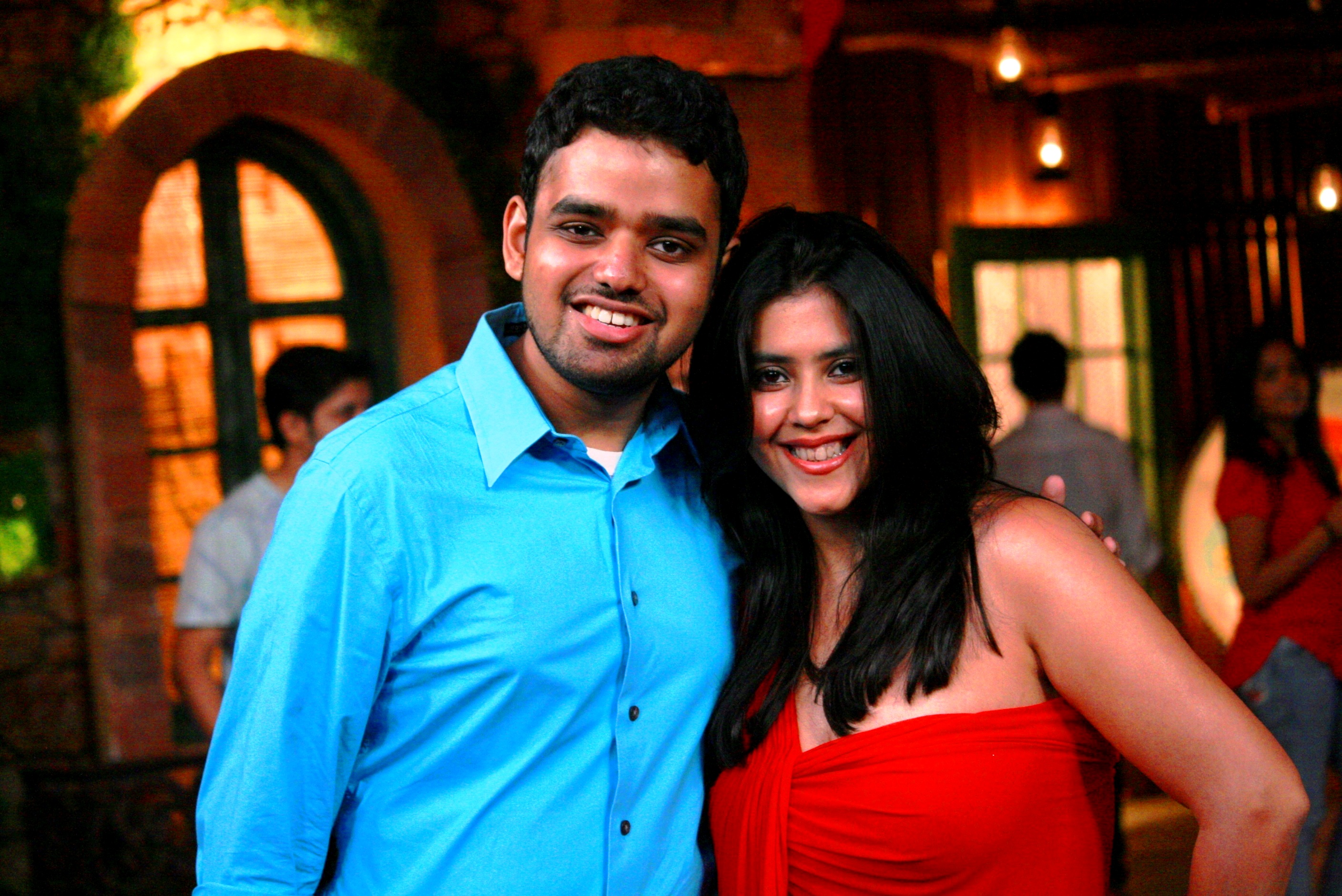 In his book The 4-Hour Work Week, Tim Ferris, the American author, says, “People are fond of using the ‘it’s not what you know, it’s who you know’ adage as an excuse for inaction, as if all successful people are born with powerful friends. Nonsense.”

Kovid Gupta, 29, Indian-American, author, screenwriter, film-director and one of the listed illuminatis in the Forbes 30 under 30 list, echoes Tim Ferris’s thinking, “When people say that you have­­­­­ got to know people, I say, that’s not true.”

Kovid finds himself on the same list as Indian actress Alia Bhat, 24,­ wrestler and Brazil Olympic medalist Sakshi Malik, 24, and India’s surprise fourth place finisher in gymnastics in the Brazil Olympics Dipa Karmakar, 23. “I feel very humbled. I sometimes feel shocked. I was reading the profiles of the people who have won and truly feel I don’t belong at their level. It’s weird.” says Kovid.

It takes a while before you start accepting and allowing your mind to match Kovid’s accent with his content. He rattles off names of Hindi TV serials, actors, writers and their characters in a thick American accent without batting an eyelid on the Skype call.

Kovid moved to America as a one-year-old. Like a lot of Indian diaspora kids he got hooked on Indian entertainment content on television. That’s where the similarity ended. Unlike other kids, his first love was Hindi soaps. Moreover, early on, he started watching TV with a pen and paper.

“I just grew up watching a lot of Hindi television. You name a serial from the 90s and 2000s and I must have seen it. I was an obsessive follower of family dramas. I used to watch them all. Eventually, I started noting down the length of episodes, number of scenes there would be and other minute details.” says Kovid. 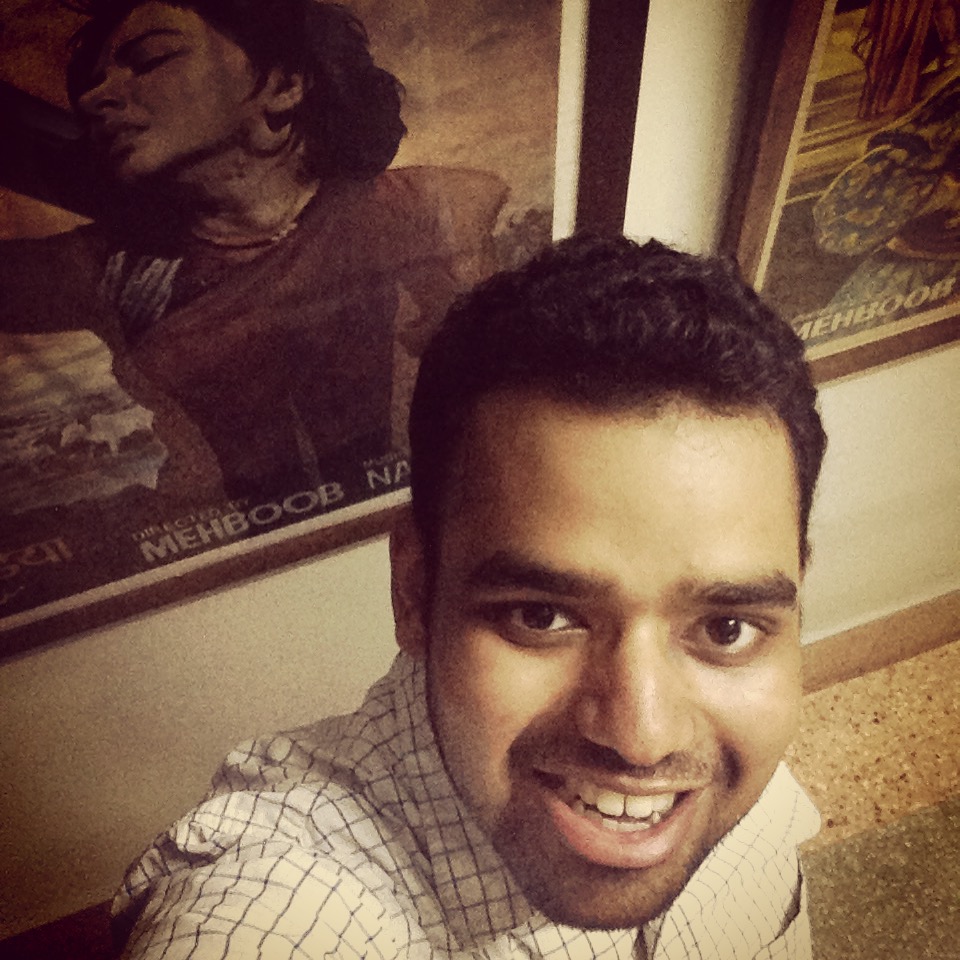 In his final year at the University of Texas at Austin, from where he did his Bachelor’s in Business Administration, Bachelor’s in Science, and Bachelor’s in Arts, he thought about entering the Indian TV drama circuit as a writer. Bereft of any connections whatsoever, he started the grunt work of noting down names of key people while the credits would run. In stage two he started befriending his shortlist and messaging them. “I must have added about 100 people to my Facebook friends list. For four months, a message would go out to every one of them. “Koi na koi to reply karega (Someone will eventually reply)! That was the hope.” says Kovid with a big infectious laugh.

Kovid’s big break came when Rajesh Dubey, the screenplay writer for Balika Vadhu, the number one drama series in India at the time (2010) replied to him in the affirmative. “On the basis of that email, I reached India with my two suitcases. I owe my career to Rajesh Dubey. I am very grateful to him.” says Kovid.

Coincidentally, Rajesh’s associate writer was away on leave and Kovid ended up getting a chance of writing a test-episode for Balika Vadhu. “I was an avid watcher but I was not a writer. But I wrote him an episode based on whatever I had seen and he said, okay fine you can start coming. Still, there was nothing official about the arrangement.”

Two months after his relocation to Mumbai, Kovid received a congratulatory call from his uncle in Jaipur at around 8:05 pm, the time Balika Vadhu credits rolled out with his name as the writer of the episode. “That’s when I realised that I was officially part of the Balika Vadhu writing team. That’s how the ball got rolling.” adds Kovid. An Indian-American kid 13,000 km away from Mumbai had striven to attain his calling. He had taken his most crucial first step. Kovid went on to co-write over 350 episodes of Balika Vadhu and then moved on to join Ekta Kapoor’s Balaji Productions.

At Balaji, he worked on co-writing over 100 episodes of Bade Achhe Lagte Hain. “Since I had grown-up watching Sakshi Tanwar as 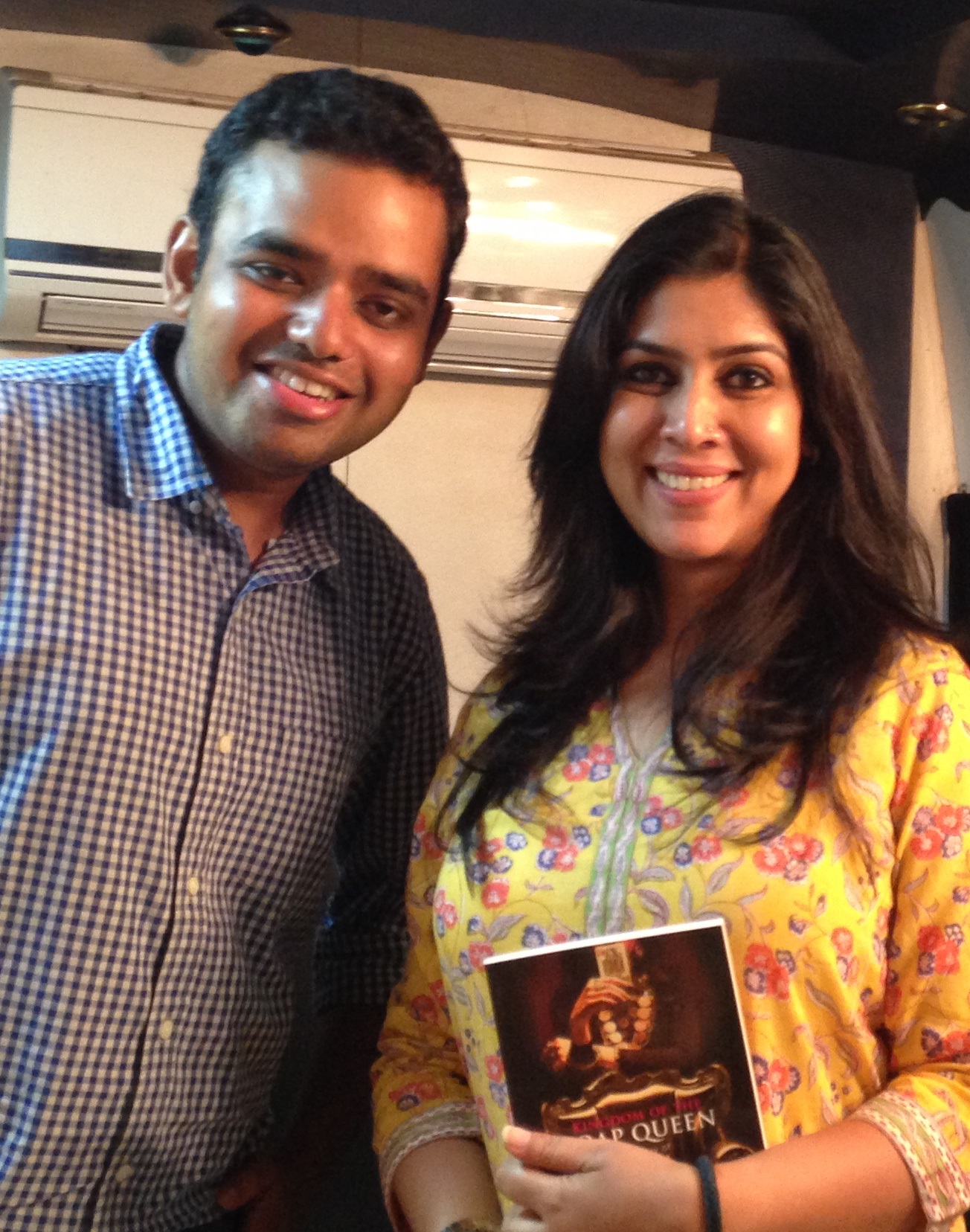 With Sakhshi Tanwar, one of the most popular faces on Indian television Photo courtesy: Kovid Gupta

Parvati Bhabhi in Kahaani Ghar Ghar Ki in America, I continued addressing her as that. It was great to be with all the actors whom I had watched on television for years.” But the outcome of the job which made him the happiest was an opportunity of working with Ekta Kapoor herself. Not surprising considering that he had literally grown up on a daily dose of her handiwork for years.

Kovid went on to write a book on Ekta Kapoor called Kingdom of the Soap Queen, his debut novel, followed by Redrawing India. Kovid does go over the top in his praise of inarguably the person who was the mother of India drama industry as it is today.

“Ekta is a one-woman army. It’s phenomenal working with her. She is what she is because of her ridiculous amounts of creativity. She is very spontaneous. She just starts talking and things take shape. Take her things at zero and she turns those into ten. For me, it was like going to New York and seeing the Statue of Liberty. That’s why I wrote the book.”

Spending all this time in India’s tinsel-town, Kovid’s ambition to write for films kept getting stronger. He wanted to work with no less than Yash Chopra whose picture is proudly displayed in his study in Houston, Texas.

In 2013 he decided to pack his bags and returned to the US to pursue his Master in Business Administration (MBA) from Cornell University. For someone whose life revolved around writing drama while introducing twists and turns on a daily basis, it was ironical how an episode of interesting dramatic events unfolded in his own life.

In the very first month of his MBA program, he got a Google alert that Sooraj Barjatya’s much-anticipated project finally had a name - Prem Ratan Dhan Payo. Kovid the data miner found Sooraj Barjatya’s number and then started doing what he had a lot of practice doing, three years back. He started messaging him for an opportunity to work in the film as an Assistant Director. Fortune favoured the brave and the persistent Kovid. A week later he was woken up in the dead of night by a call from India. It was Sooraj Barjatya’s office with instructions to get Kovid in front of Skype for an interview with the man. By the end of the call, Kovid was an Assistant Director on Prem Ratan Dhan Payo. 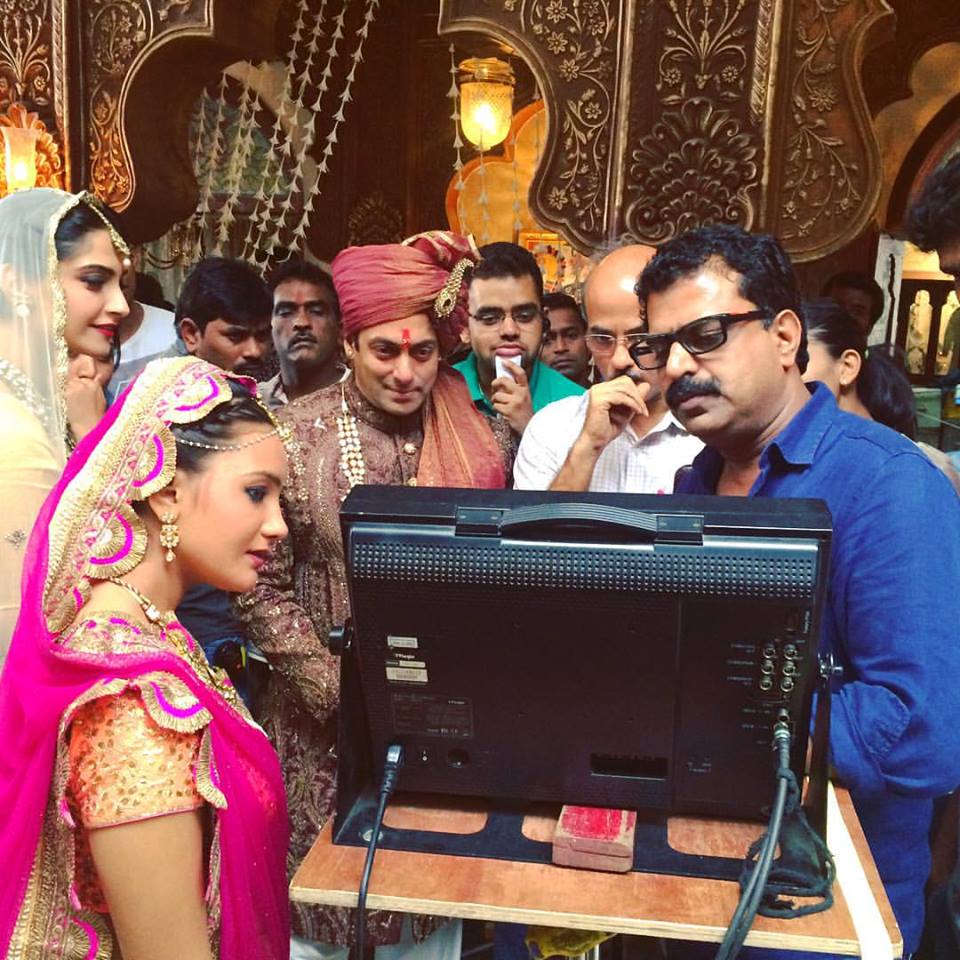 Checking the results of a scene shot for Prem Ratan Dhan Payo in the company of Salman Khan, Sooraj Barjatya, Sonam Kapoor and other crew members Photo courtesy: Kovid Gupta

“I took a screenshot of the call just in case it was to turn out to be my first and last call with Sooraj Barjatya. Maina Pyaar Kiya was the first Hindi movie I had ever seen. Hum Aapke Hain Kaun was the first movie I had seen in a cinema hall. So for someone with absolutely no connections with the Indian film industry or a relative in Mumbai, getting to work as an Assistant Director with Sooraj Barjatya himself was a great opportunity,” said the man who juggled between his MBA and the film for the next year. “It was surreal in every way imaginable. The climax was one of the first scenes we filmed. I remember watching the shooting footage in the edit room with a few colleagues. I broke down in the middle of the scene; it hit me in that moment that I had been living my lifelong dream.” Kovid adds.

After graduating from Cornell, he went back to India with every possibility of returning back to “corporate America”. By now, almost 40 minutes into the call, somehow you don’t want to believe that anything but entertainment will engage this man. He got introduced to India’s leading film journalist Anupama Chopra during his India trip. Today, Kovid works as the director of business development for Anupama’s husband; the inimitable Vidhu Vinod Chopra and also for Anupama Chopra’s Film Companion. 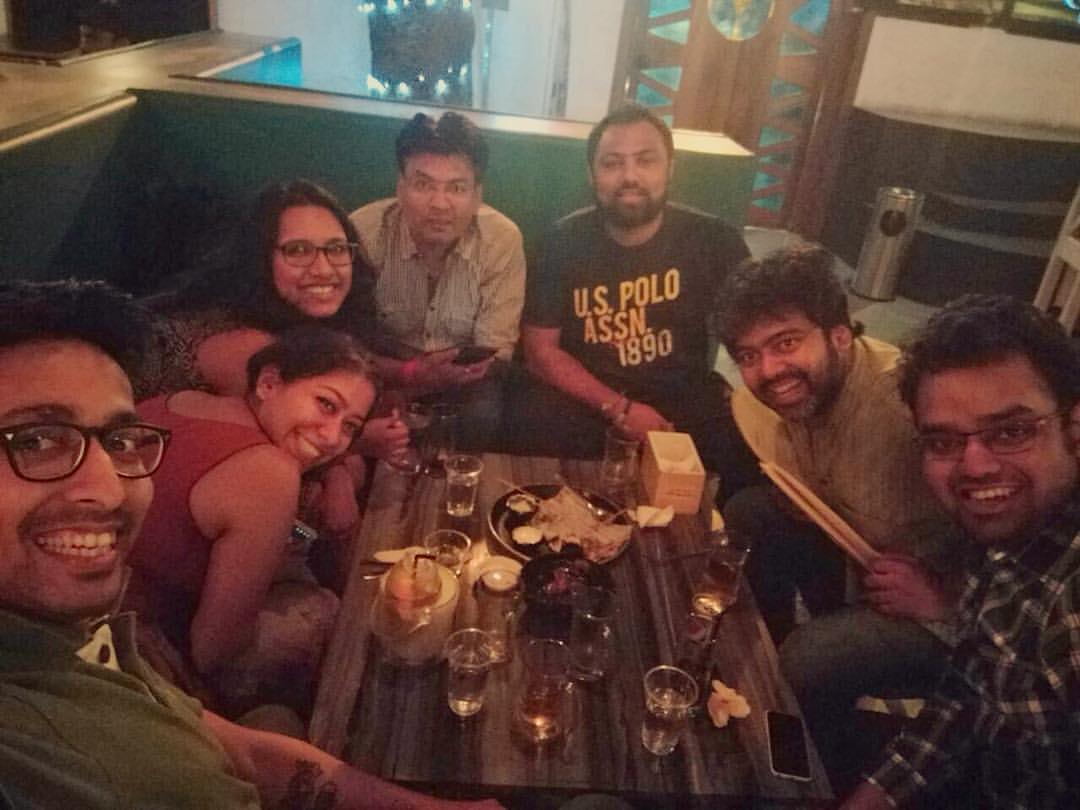 Kovid will continue to shuttle between India and America for now. Not such a bad idea considering the ever growing market for Hindi movies in America while anchored to Mumbai via the power couple of Bollywood.

“Ek pair yahan pe ek pair wahan pe (One foot here and the foot there). Beside the VVC Films and Film Companion work, I am focusing a lot on books and working on two. Both are historical biopics on Rajput queens, Rani Padmini and Meera Bai, from Rajasthan. I have a strong association with the state. My first TV serial and my first film were based in Rajasthan. My books will carry the passion forward.” says Kovid.

“Eventually I would like to direct my own film.” he concludes. One is left with no doubt that he will.