In a move that might fire up an already heated infrastructure development space, Prime Minister Narendra Modi has invited the Turkish construction companies to come and build infrastructure in India. 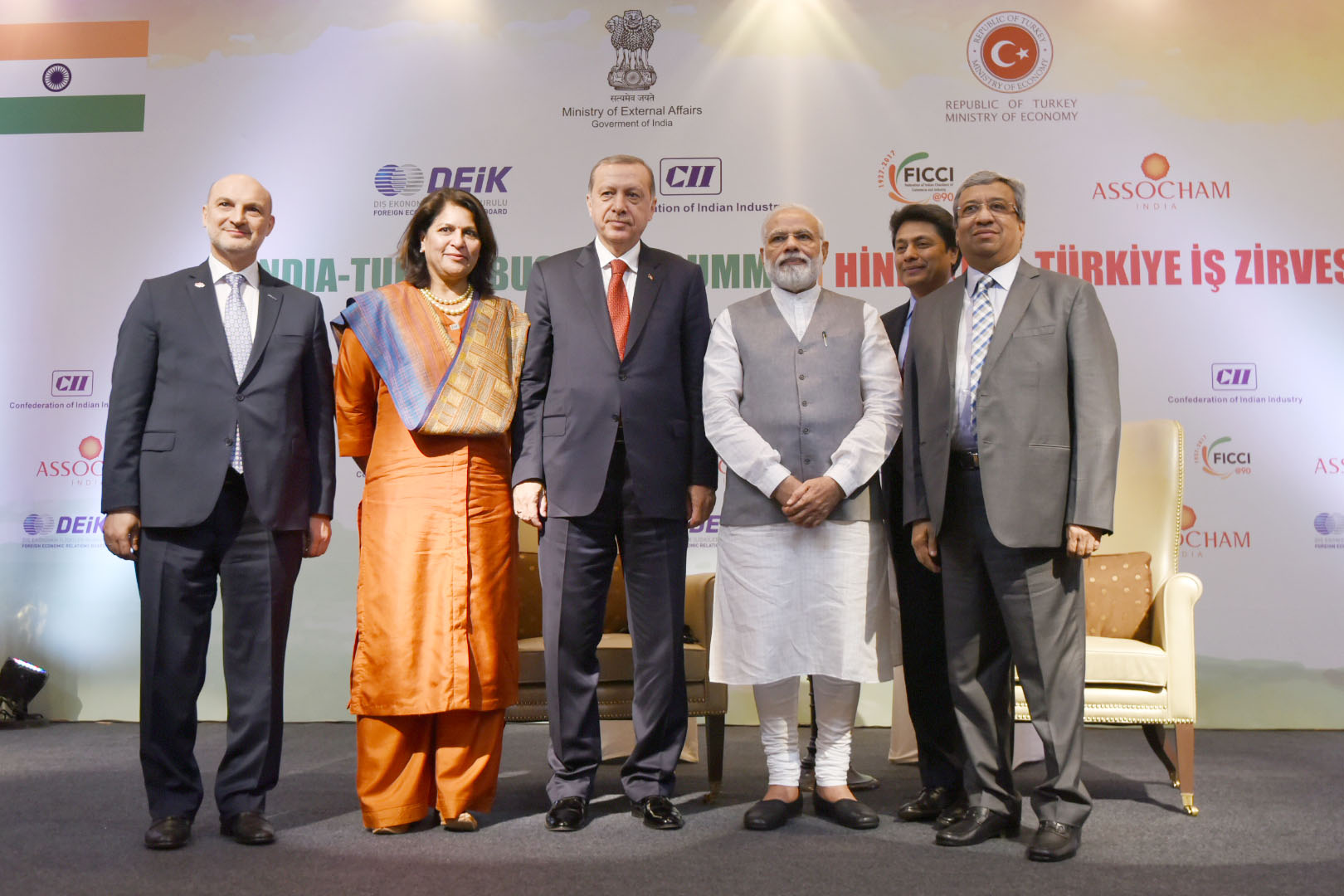 Both heads of state at the India-Turkey summit. Photo courtesy: PMO's office

"I know that Turkish construction companies have successfully undertaken many construction and infrastructure projects in other countries. Our infrastructure requirements are enormous, including core as well as social and industrial infrastructure. We are keen to build it strong and build it fast. Turkish companies can easily participate in this task," Modi said, while addressing the India-Turkey Business Summit attended by President of Turkey Recep Tayyip Erdogan yesterday.

Though Indian construction firms have displayed their own might overseas such as constructing Herat dam, Parliament building and roads and highways in war-torn Afghanistan, and Chhabahar port in Iran to name a few, the opportunities do abound across length and breadth of a country with vastly underdeveloped infrastructure.

"In the last three years, we have made maximum allocation for these two sectors.  We are putting up new ports and modernising the old ones. We have repeatedly refined our FDI Policy in the construction sector. Similar focus is on upgrading the existing airports and putting up regional airports to enhance connectivity to the places of economic and tourist importance," Modi informed the audience.

Turkey has one of the largest construction industries in the world. The GDP of construction sector is over 6 per cent and more than 1.5 million people are employed by this sector. The share of the construction sector in the Turkish economy reaches 30 per cent. Turkey is also among the world’s top 12 producers of building materials such as cement, glass, steel and ceramic tiles.

The policy experts point out that the Turkish companies have already accomplished several big construction projects in India. Even though the ground reality is not all that simple, but projects are still doable.

"Turkish construction and engineering companies have established their business globally. But their experience in India is reportedly not much promising; firstly because India’s domestic construction sector is very strong, secondly, India’s real estate business is being reformed by multiple government regulations," says Dr Omair Anas, a research fellow at the Indian Council of World Affairs(ICWA), New Delhi.

"As a result, for any foreign company to invest in construction sector involve more complexities than in any other sector. Both sides need to work out to ease all difficulties pertaining to investment from construction and engineering companies," Dr Anas adds. 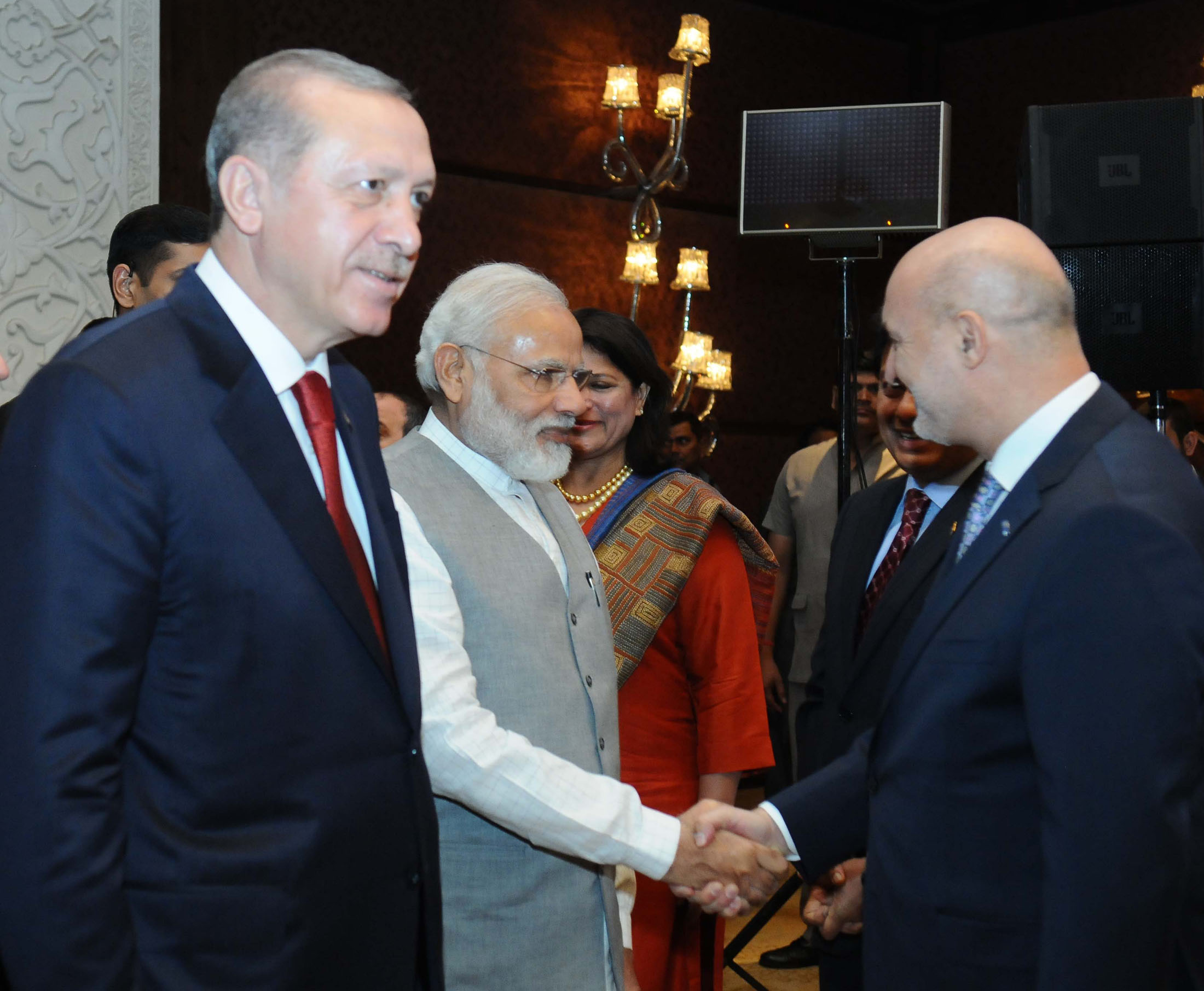 In fact, Turksih and Indian construction companies have joined hands in undertaking joint projects. India’s Punj Lloyd and Turkey’s Limak Holding are constructing a section of the Trans-Anatolian Pipeline(TANAP) project. The pipeline spans 459km and expected to be complete by 2018.

IOT Infrastructure & Energy Services, a USD73 million joint venture between Indian Oil Corporation and Oiltanking GmbH, is collaborating with Vito Energy and Investment of Turkey for erection of joint tank farm in a refinery near the city of Izmir. Some 485 Indian technical staff and workers are employed there.