Gul Panag, a well-known Indian actress and a member of the Aam Aadmi Party (AAP) who has always inspired millions of women across the globe to chase their dreams by her own acts in life, has created another record. She has become the first Indian woman to drive a Formula E racing car. She drove the M4Electro at the Circuit de Calafat in Catalonia, Spain. 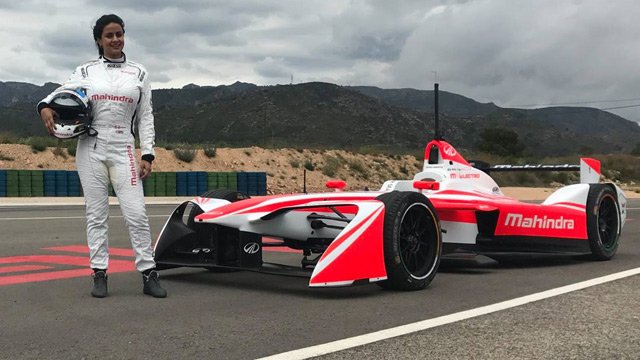 An agency report states that Gul drove the M4Electro at the Circuit de Calafat in Catalonia, Spain, which is a Mahindra fourth generation Formula E race car and a Season 4 challenger. Before driving a race car on the track, she trained on a simulator with Mahindra Racing Formula E Team driver Felix Rosenqvist at Mahindra Racing’s Development Centre in Barcelona.

After driving the M4 Electro, Gul said, “I feel privileged to know that I am amongst the very few people in the world, including the motorsports world, to drive this car on what is only its second outing. The M4Electro is supercharged and feels like the e2oPlus on steroids! The power train and the speed of delivery did not take me by surprise because I am already familiar with EV technology, having driven the e2oPlus for a while now. With the M4 Electro, Mahindra has also proved that it is well ahead of the curve when it comes to transportation and is thus, well positioned to shape the future of mobility. In fact, I felt like I was driving the future!”

An automobile enthusiast, Gul is an owner of Mahindra's e2oPlus electric car, powered by a 210 AH lithium ion motor that produces two tunes of power 25 hp and 40 hp of power.

Last year in November, Gul added another feather in her cap when she announced on Instagram that she was a licensed pilot too. She flooded her Instagram account with pictures and made our hearts absolutely happy. She won the Miss India title in 1999 and participated in the Miss Universe pageant the same year.