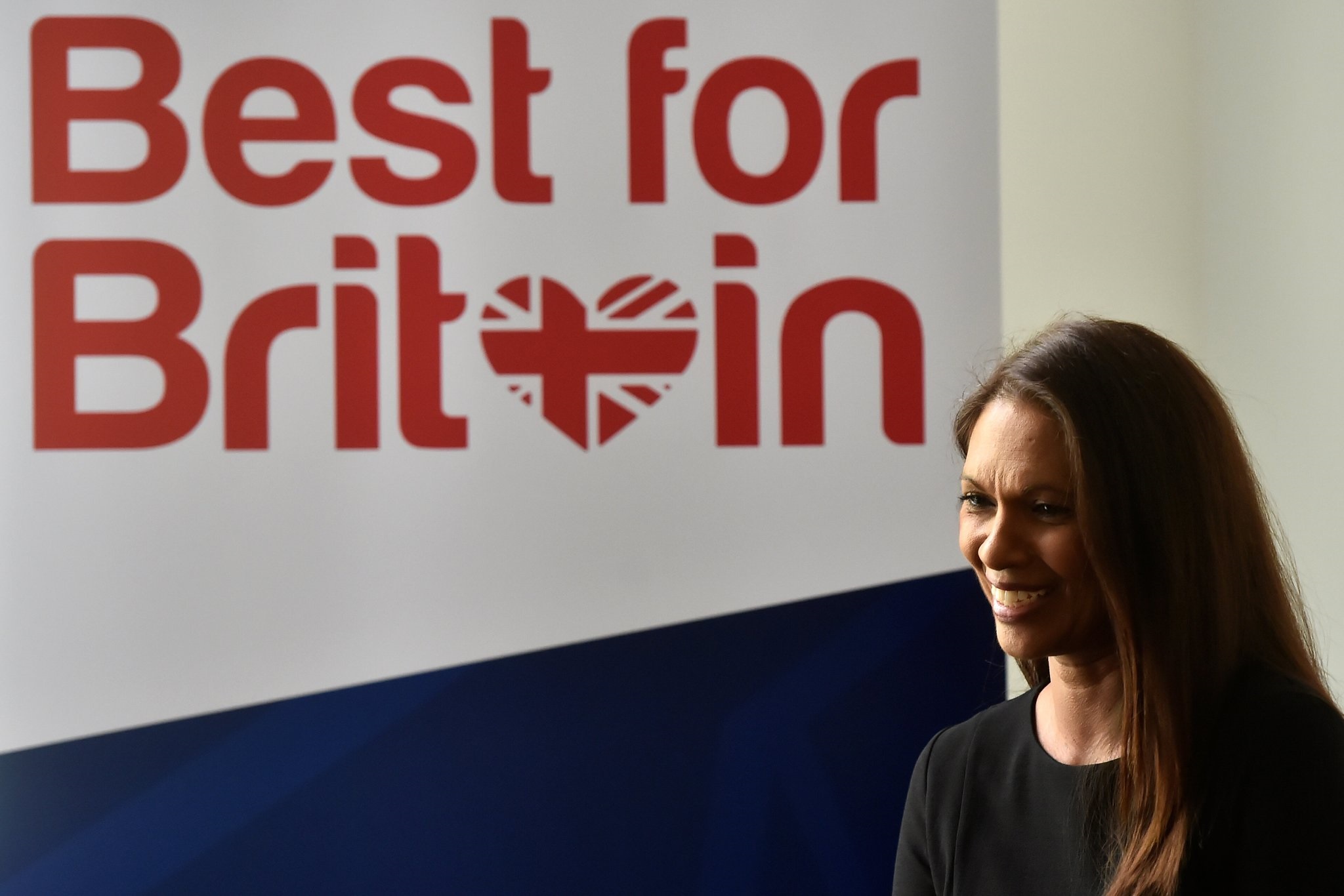 Born as Gina Nadira Singh in British Guiana (now Guyana) to Guyana's former Attorney-General Doodnauth Singh, she has raised 300,000 pounds through crowdfunding to launch her "Best for Britain" campaign.

"Achieving what is best for Britain needs thoughtful responsible leadership from whoever is elected as Prime Minister and a strong effective parliament to hold that Prime Minister to account," the 51-year-old hedge fund manager said in her launch speech.

"Only tactical voting in this election can ensure that Parliament plays its full role in the future of this country," she said.

Best for Britain will support the campaigns of pro-Europe candidates, as well as donating money directly, issuing tactical voting recommendations and using technology and social media to spread its message against a hard Brexit.

"This is the most important election for a generation. It's crucial that people feel inspired to register and vote. It is especially important for young people to vote as they will be living with the consequences of the decisions taken in the next parliament for their entire lives," Miller said.

Miller said she would be touring marginal seats to ensure the next government has no mandate to "destroy rights" as Britain leaves the EU.

"It's not about being 'in' or 'out' (of Europe). It's not about that binary choice. It's that the next government needs to connect with the people and do what's best for the country," she said.

Miller, who has revealed she and her family received multiple death threats from pro-Brexiteers, has been dubbed as "chief Remoaner" by some sections of the British media. Britain will hold a general election on June 8 after PM May called for fresh polls to strengthen her hand on Brexit.