Diljit Dosanjh, Indian film actor, singer and television presenter, received the coin of honour from Canada’s Minister of National Defence Harjit Sajjan. This happened on the sets of the singing reality show, Rising Star, in which the actor is one of the judges, along with Shankar Mahadevan and Monali Thakur. 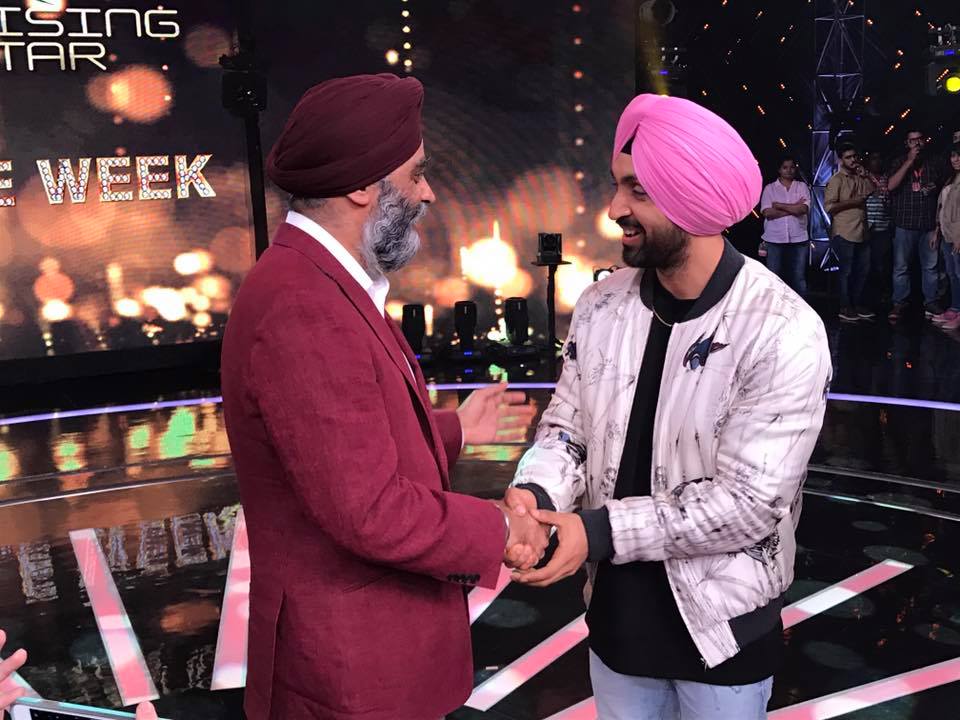 The minister, who gifted Diljit the honour from the Government of Canada, had flown to India and was attending the show.

Expressing his joy, Diljit shared the image with his fans on social media. He thanked god for such a great moment and wrote, “honourable Harjit Singh Sajjan Ji, Defense Minister of Canada, presented me with his Personal Minister of National Defense Coin of Honor given for excellence.”

Harjit Singh Sajjan Said It's good to get rewards for your Hard work but what is more important is what you give back to society!! 🙏🙏 pic.twitter.com/5ANs37NhSg

Diljit’s popularity knows no bounds. In India, Diljit is one of the most popular actors in Punjab, who has put his strong foot forward in Bollywood with Bollywood hits Udta Punjab and Phillauri.

The actor will soon fly to Canada for a concert, Dream Tour. The tickets have already been sold out with fans sharing pictures of their selfies with Diljit’s poster.

The actor is prepping up for Super Singh, a Punjabi superhero film, directed by Anurag Singh. Trade analyst Taran Adarsh tweeted the first look of the film and since then, Diljit fans have been going crazy to know more about it. The film, which is scheduled for a June 16 release, also stars Sonam Bajwa in the lead role.