Canada's Defence Minister and Sikh Harjit Singh Sajjan today inaugurated the new office of the Consulate-General of Canada in the capital of Punjab, Chandigarh. The new office offers a wide range of services like assistance to Canadians, helping companies to do business with Canada and visa services. 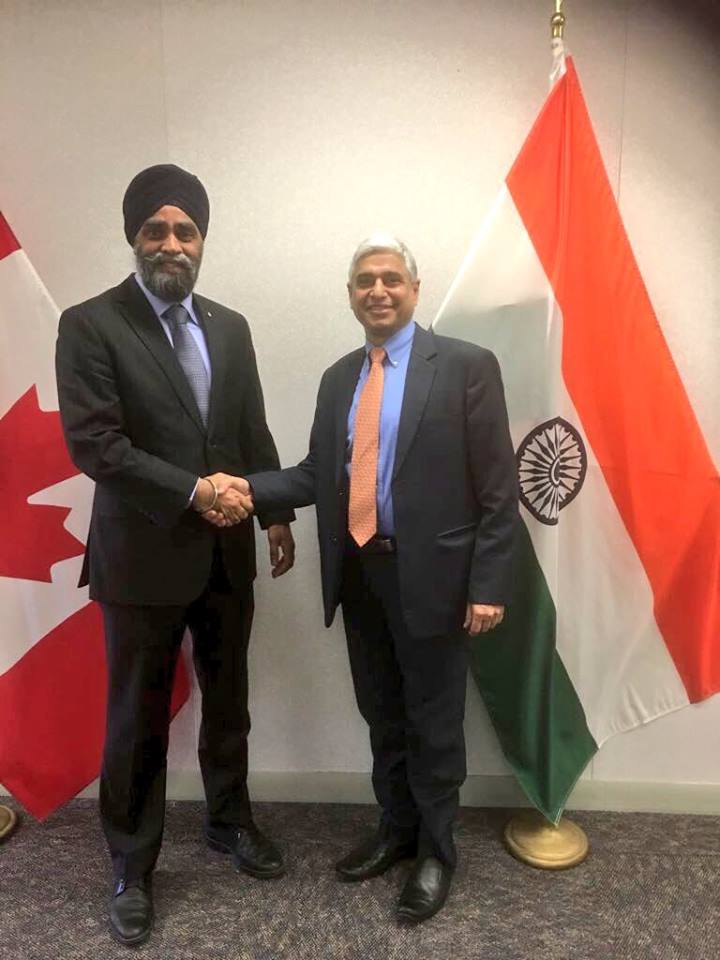 He arrived at Elante office complex in the city from Amritsar shortly after 9 am and inaugurated the new office by cutting the ribbon, amid tight security arrangements. Sajjan, who is on a seven-day visit to India, later met Haryana Chief Minister Manohar Lal Khattar at Chandigarh airport, officials said..

Sri Harmandir Sahib, the Golden Temple, is one of the most important sites for Sikhs. Here, everyone is treated equally 🇨🇦🇮🇳 @CanadainIndia pic.twitter.com/byxu6A63h4

Yesterday, Sajjan paid obeisance at the Golden Temple in Amritsar. He had also visited the All India Pingalwara Charitable Society on the outskirts of the city, where he met underprivileged children before visiting a girls’ orphanage in Jalandhar. He spent the night in his native village of Bambeli in Hoshiarpur district of Punjab where he was accorded a warm welcome by the villagers.

Ahead of the Canadian Defence minister's visit, Punjab Chief Minister Amarinder Singh had said he would not meet Sajjan and described him as a "Khalistani sympathiser".

Sajjan, however, rubbished Amarinder's allegation that he is "pro-Khalistani" and said he would not get into any petty politics with the Chief Minister.

No senior government functionaries, MP, MLAs or the district administration brass greeted the Canadian defence minister during his tour of the state. He did, however, gota warm welcome from officials of the apex Sikh religious body, the Shiromani Gurdwara Parbandhak Committee (SGPC), who kept the radical elements in the state at bay.

Sikh youths representing (Amritsar), Sikh Youth Federation, Bhindranwala and students of Sikh seminary Damdami Taksal were at the airport holding placards welcoming Sajjan, but were not allowed to meet him.