The former owner of the now defunct Cuddles Cat Cafe in Orchard was sentenced to two weeks’ jail and fined S$3,500 on Tuesday, April 18. He was charged for offences related to the health of the cats on his premises, Todayonline reported on April 18, 2017.

Cuddles Cat Café at *SCAPE was shut in December 2014 – less than four months after it opened. Seven of the 30 cats bought for the cafe had died even before the establishment was opened in mid-September. 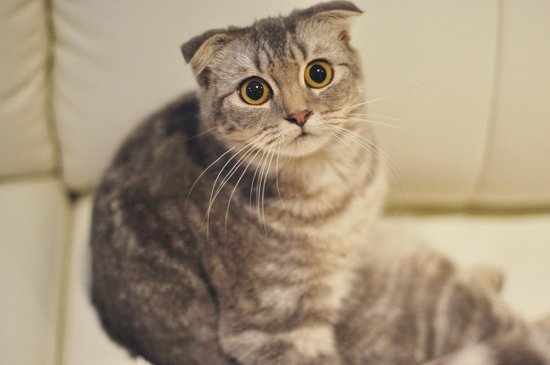 One of the cats, Chip, at Cuddles Cat Cafe. Photo courtesy: tripadvisor

The Agri-food & Veterinary Authority (AVA) was first alerted to allegations of mismanagement of diseased cats at the premises in October that year, AVA said in a press statement on Tuesday. This prompted an investigation.

The owner of the cat café, Jonathan Tan Wei-De, was later found to have breached AVA licensing conditions by not keeping the cats in good health. He also failed to ensure that the cats tested negative for toxoplasmosis before having them in the café for public interaction. It is a disease that can infect both animals and humans. Tan had falsified cat health records when he applied for an AVA licence for the cafe.

Tan’s sentence on Tuesday was for giving false information to a public servant and for attempting to cheat. The S$3,500 fine was for failing to comply with AVA licensing conditions.