Surinder Singh, an Indian-origin man in the UK has been jailed for six years for robbing his friend at knifepoint after being found guilty of robbery and possession of a blade at Wood Green Court in London.

Scotland Yard in a statement described Surinder as a "career criminal" who resorted to robbery to fuel his drug addiction.

"Singh is a career criminal who uses extreme violence for relatively little reward to fuel his drug addiction. The terrified victim genuinely believed that he would be killed by the knife-wielding attacker if he did not hand over cash. Singh has shown no remorse at any time during the proceedings. The sentence imposed by the judge reflects the gravity of the offence and that carrying and using knives on the streets of London will not be tolerated and lead to severe punishment," said Metropolitan Police Detective Inspector Paul Ridley.
Judge G Perrins described Singh's attack as a "despicable crime" as the victim trusted Singh and thought he was his friend.

During Singh's interview, he denied the allegations, claiming that they were fabricated by the victim. He was charged on November 11, 2016. 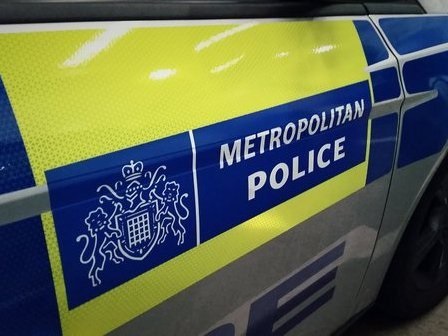 A total of 249 people were arrested in connection with knife-related crime as part of the London police’s Operation Sceptre in October 2016. The operation is an attempt to cut down on the numbers of crimes involving knives.

Phase Six of the operation, focusing on reducing the carrying of knives, knife injuries and fatalities and the illegal sale of knives, was launched in October 2016.

Detective Inspector Gary Anderson, of the Met's Trident Gang Crime Command, who is coordinating Operation Sceptre, said: "This operation removed a total of 176 weapons from the streets of London in less than a week. While challenging knife crime is business as usual for the Met, the Operation Sceptre activities enhance our focus on knives and knife carriers at key points in the calendar when knife crime has historically shown an increase in victims.”