“Changing mindsets of diplomats and increasing social media use have aided in showcasing the hard work of NRIs and of diplomatic missions,” asserted Navdeep Singh Suri, Ambassador of India to UAE, while speaking at the 35th conference of Institute of Chartered Accountants of India-Dubai Chapter, recently.

He said, “NRIs used to be looked at with scepticism once upon a time, but today India embraces their success.” 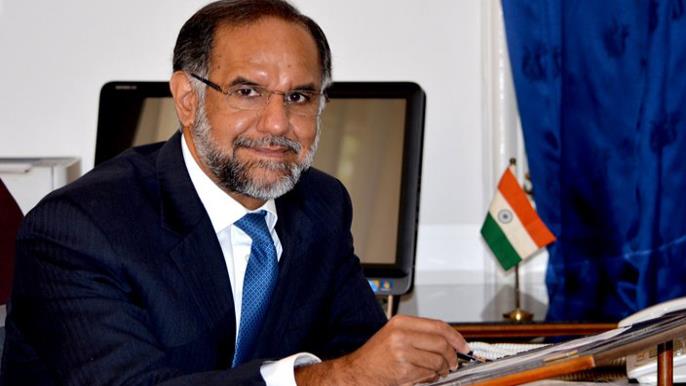 He added, “India ... has 25 million expats spread across the globe, many in positions of considerable power and influence. And if you see the evolution of the past 10 years, we were the only country around the world to do something like this (using social media), but look at the objective behind it. It is a diplomatic objective.”

Calling NRIs the strength of India, Suri said, “You all are the strength of India and we will continue to work on this. Look at how we've travelled in this area, from a point where NRIs who went overseas were seen at a degree of condescension, today, it's at a position where we embrace their success. So looking at the future, Mahatma Gandhi famously said that the future depends on what you do today."

Stressing on the role of social media, the Ambassador said, “The public doesn't really know what we do and what our role is. It is incumbent upon us to communicate what we do. It's about changing our own mindsets ... We have to communicate what it is that we do, for example, our visits to prisons to interact with Indians who are in distress or repatriate people back to India who have fallen in hard times and so much else that the work of a diplomatic mission involves, not just high policy, but little things that matter to public.”

"That's a changing paradigm of diplomacy and if you don't do that, we will find ourselves on the wrong side of public opinion. I think there's no better example than of our Minister (of External Affairs) Sushma Swaraj and what she's been able to do, in terms of conveying empathy towards the Indian community."