Singapore-based social enterprise, The Cha project, in association with Kolkata Literary Meet backed by The Tagore Society and The Arts Bridge put out a treat for the senses for the Indian Diaspora over the weekend.

'India Conversations', held at the magnificent, historic and revamped Capitol Theatre, was unique in every sense - range of conversations, the richness of content and soulful musical performance in context with Rabindra Sangeet. I came out, deeper in love with Hindi poetry, slightly more aware of Rabindra sangeet and very keen to read Jorsanko and Daughters of Jorsanko by Aruna Chakravarti.

Manisha Malhotra made a point about the narrow gap in calibre and physical capabilities between women athletes from India versus women athletes from best-performing nations. Unlike men where the gap is much wider. Therefore, as per Manisha, chances of getting results by investing in women in sports are higher. She called the Rio 2016 Olympics an Olympics of Indian women. Abhinav Bindra made a point about being clever about choosing goals. Short-term goal, for 2020 should be to target sports with multiple events, and long terms goals should be to cast the net wide.

2. Literary Conversation - Daughters of Jorasanko - Started with the reading of a section of Jorasanko by Aruna Chakravarti by the very charming, clear and involved Sharmila Tagore. 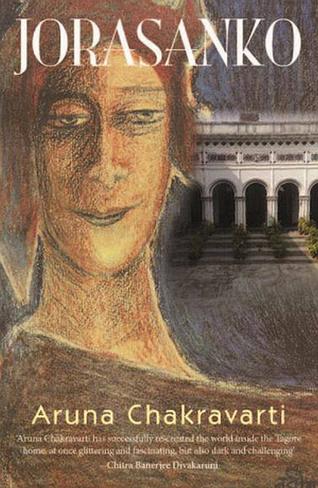 Aruna Chakravarti explained that not much is written about Tagore women inspiring her to write these books. The other one being Daughters of Jorsanko. It was an amazing experience listening to author's account of the romance, tragedy and the little things that made up a family life in Jorasanko, North Kolkata - the family home of the Tagores. Jorasanko was right at the hub of the Bengal Renaissance, with the family at the forefront of the movement, and its women playing a pivotal role.

She had the audience in rapt attention with accounts of the relationship between Rabindranath and Kadambiri, how it commenced when she came into the household at nine years of age while he was seven. How he felt protective about her at the outset and as they grew older, the roles reversed. She took care of him as a mother would and then went on to “become his muse, friend, a strong critic and hence contributing significantly to his writing”.
Sharmila Tagore a descendant of the Tagore family herself reminded the audience about the important role

played by the Tagore women in the Bengal renaissance.  It was Sharmila Tagore who pointed out that Jnanadanandini who entered the family as a child bride set a fashion trend and showed the Bengali women a new way of wearing the sari.

3. Poetry Conversation - Kuch Shayari Kuch Baatein - In all honesty, this was a monologue and nobody minded listening to the inimitable and the one and only Javed Akhtar. Spellbinding as ever, Javed Saheb’s delivery left one wanting to desperately remember at least some couplets and powerful lines, he so eloquently delivered, but then the greed of listening to him and savouring every word was so overpowering, that I decided to recline and float. Clearly, he was the show stopper of the evening.

Javed Saheb reiterated that Urdu ‘Shayari’ has always been challenging religion, God, scriptures and even 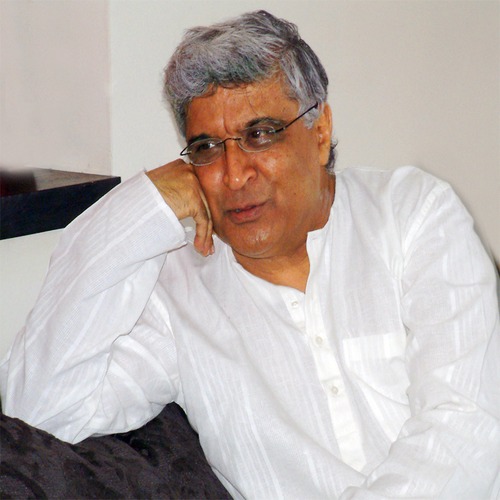 the concept of heaven & hell. Urdu Shayari has been secular way before the word was even invented. He rued and insisted that Urdu belongs to Lucknow and not where it has been forced to live, in Pakistan. The land where Pashto and Punjabi are preferred.

Commenting on Bob Dylan’s winning the Noble prize, he complimented the openness of a society, which, gives a song-writer a Nobel Prize. Spoke about visiting a London museum, which displayed the works of Shakespeare, Shelly and other great poets along with a song from Paul McCartney. Wondered if India will, one day, give the same respect to Anand Bakshi.

Poetry, he explained, is the language of love. Fascism cannot produce poets, poetry cannot be written in hate. Javed Saheb then treated the crowds to an absolutely mind-blowing recitation of his own poems: Waqt, Woh Kamra Yaad Aata hai, Yeh Khel Kya hai and by popular demand Mele. 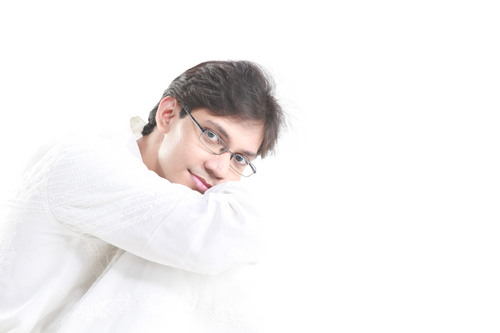 4. Musical Conversation - Tagore: His muses and his influence on Hindi cinema music - Evening came to a smooth closure with a scintillating performance by artist Sounak Chattopadhyay. Interspersed with conversations about Rabindra sangeet and how popular Hindi film music has been inspired by it. It was incredible to hear Sounak play some specific Rabindra Sangeet tunes followed by the Hindi song based on the same composition including, ‘Jodi Tare Nai Chini Go Seki’ followed by 'Teray Meray Milan Key Yeh Raina' from the movie 'Abhiman' and ‘Phule Phule Dhole Dhole’ followed by 'Piyu Bole’ from the Hindi movie 'Parineeta'.

Going by how engaging 'India Conversations' were, hope that the diaspora in Singapore will not have to wait for an entire year to chat again.