Gadkari announces plans for road from Nariman Point to Delhi

Union Road and Transport Minister Nitin Gadkari, while speaking about the status of the Delhi-Mumbai Express Highway, said that work on the first phase from Delhi to JNPT in Mumbai would be completed this year itself. 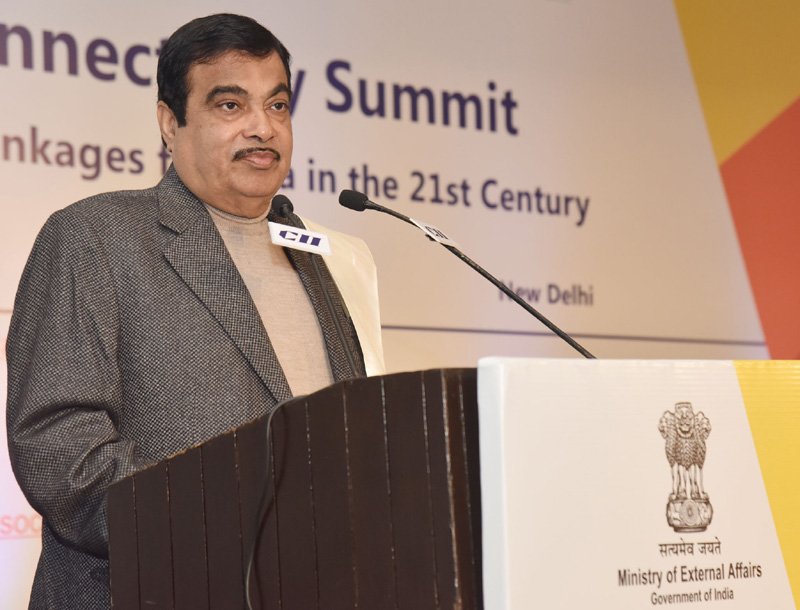 Gadkari said that the Road Transport Ministry is working on the diversification of agriculture towards the energy and power sector since 2000. Photo courtesy: PIB

"My plan is to connect Nariman Point to Delhi, making it a 12-hour journey," Union Minister Nitin Gadkari was quoted as saying in a Ministry of Road Transport and Highways statement on Monday evening.

Speaking about the achievements of the Road and Transport Ministry, the Union Minister said: "I was pained to know that around one crore people in the country were driving cycle-rickshaw". He added that 80 lakh people among them are driving E-rickshaws today. "400 start-ups in the country are making electric scooters, e-rickshaws etc."

The minister made the remarks while inaugurating an Organic Garden at RD and SH National College and SWA Science College in Mumbai, the statement said.

Further, while sharing details of environment-friendly, recycling initiatives in the country, the Union Minister said that nothing is wasted and that with the use of appropriate technology, it can be converted from waste into wealth.

"For the last 8 years, we have been recycling sewage water of Nagpur and selling it to the Government of Maharashtra for power generation. We are earning ₹ 300 crore annually as royalty," he was quoted in the ministry's statement. He also shared details of similar projects undertaken in Mathura, Uttar Pradesh.

Also, reiterating the significance of green fuels, the Minister said that the Road Transport Ministry is working on the diversification of agriculture towards the energy and power sector since 2000.

"We are making green fuels like ethanol from sugar cane which is cost-effective, pollution free and indigenous and hence helps in reducing import of fuels."

The Union Minister added, "Ethics, economy and environment are three important pillars of our society".