US Treasury Secretary Janet Yellen to visit India next month

US Treasury Secretary Janet Yellen has announced that she will travel to India next month to attend the ninth edition of the US-India Economic and Financial Partnership meeting, as she pitched for strong ties between the two nations to address the world’s most important economic challenges. 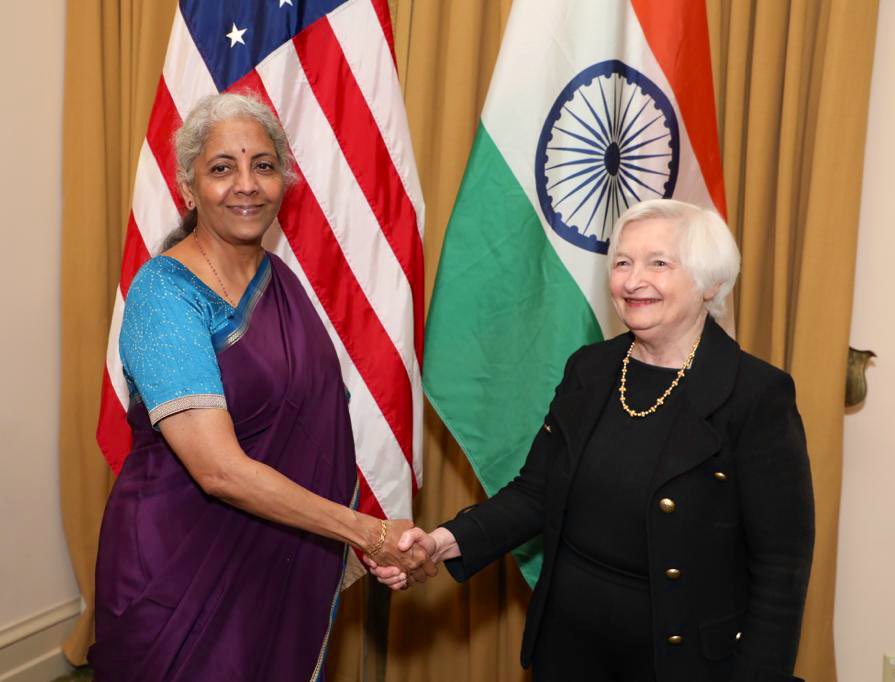 The announcement by Yellen came as she met with her Indian counterpart Nirmala Sitharaman. Photo courtesy: Twitter/@DDNewslive

“I am glad to announce today that in November ahead of the G20 meetings, I will take my first trip to India as Treasury Secretary, to attend the US-India Economic and Financial Partnership, our ninth partnership meeting,” Yellen told reporters today.

She said the US-India relationship is critical to addressing the world's most important economic challenges.

This partnership, she said, not only is vital to their core economic interests but also demonstrates to their citizens and the world that democracies deliver.

“It illustrates the close bonds between our two countries, from the Quad partnership to our strong bilateral economic relationship, and the cultural ties from the Indian diaspora in the US,” she said.

Sitharaman is on a five-day official visit to Washington DC to attend the annual meetings of the International Monetary Fund and the World Bank, on the sidelines of which she is holding a number of bilateral meetings.