Bollywood star Ranbir Kapoor celebrated his 40th birthday yesterday. Wishes poured in for the actor from family and friends across the film industry.

On his birthday eve, Ranbir Kapoor threw a small birthday bash for near and dear ones. Celebrities such as Karan Johar, Ayan Mukerji, Neetu Kapoor along with Akash and Shloka Ambani were present at the bash.

Although Ranbir Kapoor is not on any social media at the moment, his click created waves across the internet. In the picture, we could see Ranbir sitting with his aunt Rima Jain. The duo was blowing the candles on the cake that seemed to be a simple chocolate truffle placed on a cake stand. "Happy birthday dear Rima and Ranbir," wrote Malaika Arora in the caption of the picture. 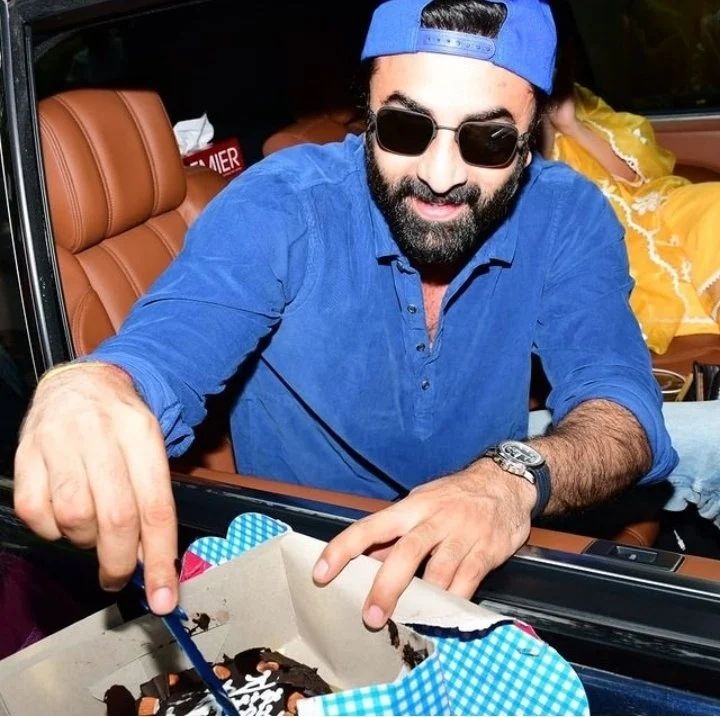 Just like the rest of the Kapoor clan, even Ranbir Kapoor is a big foodie. During 'Brahmastra' promotions, we spotted him in Chennai savouring a wonderful South Indian thali served on a banana leaf. He was seen along with his Brahmastra co-star Nagarjuna and 'Baahubali' director SS Rajamouli.

On the work front, Ranbir Kapoor's recently-released film 'Brahmastra' has performed extremely well at the box office. He was also seen in 'Shamshera' alongside Vaani Kapoor and Sanjay Dutt. His upcoming projects include a Luv Ranjan-directed romantic-comedy with Shraddha Kapoor as well as 'Animal' directed by Sandeep Reddy Vanga. Meanwhile, Ranbir Kapoor also tied the knot with his co-star Alia Bhatt in April 2022. The couple is expecting their first child soon.