Hadis Najafi, a young Iranian woman whose video tying her unscarved hair back and boldly stepping into the middle of a protest went viral, was allegedly shot dead in the country, according to reports.

A video of her funeral has been circulating online, which shows people weeping over a photo of her on a freshly dug grave. 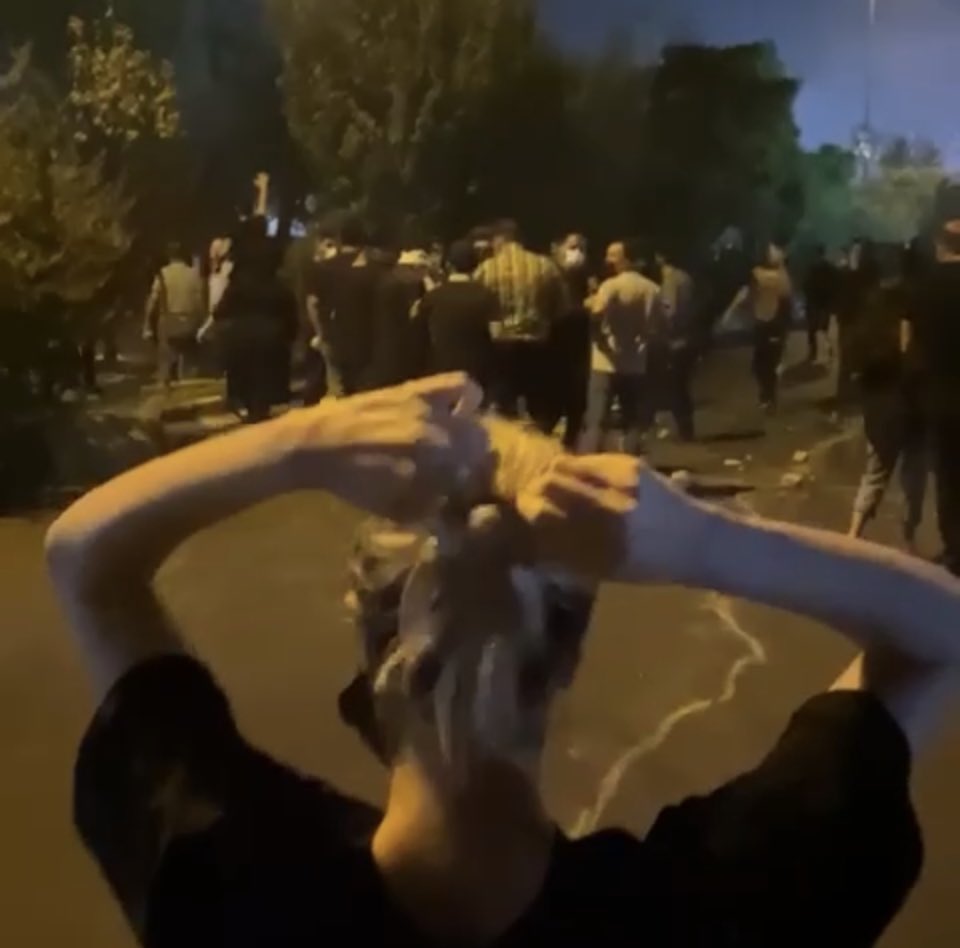 A still rom the viral video of Hadis Najafi tying her unscarved hair during a protest in Iran. Photo courtesy: Twitter/@emilykschrader

According to reports, she was shot in the abdomen, neck, heart and hand.

Deadly unrest has rocked Iran for more than a week. It broke out after 22-year-old Mahsa Amini collapsed while in police custody, having been arrested for "improper" hijab, a headscarf women must wear by law.

Hundreds of people also protested in London this weekend over the death of Mahsa Amini. Amini died on September 16.

Medical evidence shows the young woman from the Iranian province of Kurdistan suffered several violent blows to the head, which put her into a coma. However, Iran's authorities claim she "suffered a sudden heart attack," reported Euronews.

Following the 1979 Islamic Revolution, women must wear the hijab by law in Iran. The policy is largely unpopular, with Iranian women commonly wearing the headscarf loosely around their ears or letting it drop to the neck.

When the rule was implemented in 1981, it triggered mass demonstrations, which have continued sporadically ever since.

"The regime wants to prove that they didn't use any violence (against Amini) by using violence against protestors," said Mohammad Hoshr, a lawyer. "It does not make any sense."

"They (Iran's authorities) are coming onto the TV and saying that nobody even touched this woman in custody, while at the same time they are shooting people on the streets," he added.

Some 41 people have been killed since protests broke out in Iran last week. The vast majority of these deaths have come from security forces violently suppressing demonstrators, using live ammunition in some cases. Hundreds of people have also been detained by security forces, reported Euronews.

The UK government has sharply condemned the "killing" of Mahsa Amini, alongside other western countries, though there has been criticism over the fact that Iranian President Ebrahim Raisi was not publicly challenged on the issue during a recent UN meeting in New York.

Many policies of Iran, such as the compulsory hijab, are deeply unpopular among large sections of the Iranian population. Economic issues, especially inflation and a hugely devalued currency fuelled by sanctions, have only increased their frustrations.

Chants against Iran's supreme leader and the Islamic Republic have been a regular feature at this week's demonstrations, with many Iranians shouting "down with the dictator," reported Euronews.