A statement from the president’s office came just after midnight on Thursday and said Zuma had also appointed backbencher Sfiso Buthelezi as Deputy Finance Minister, replacing Mcebisi Jonas. Zuma also made several other changes in his cabinet, affecting ministries such as energy, police, tourism and others. 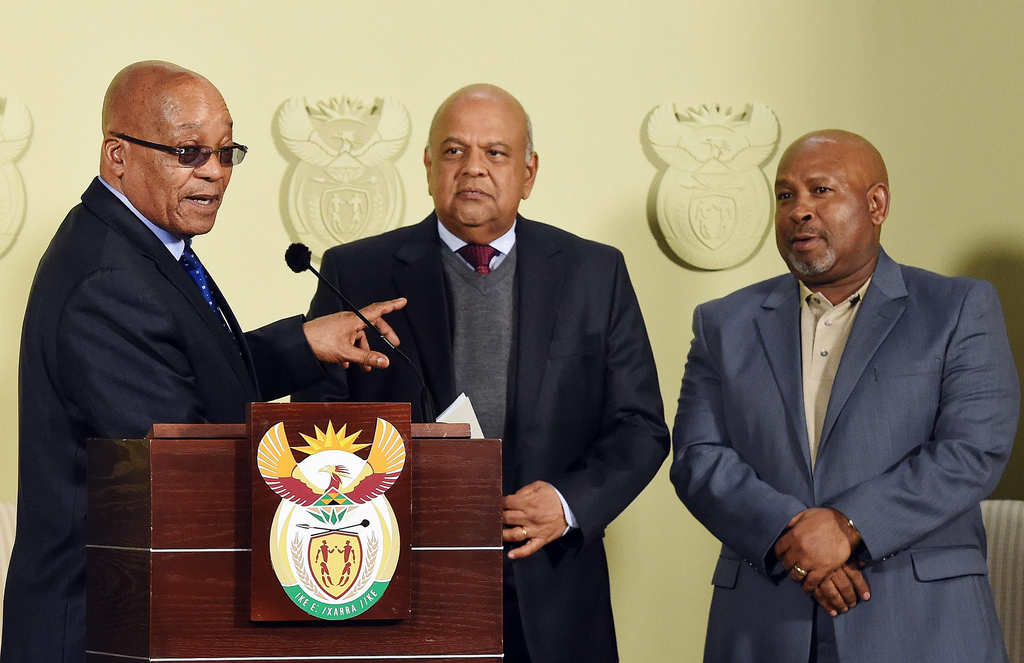 “I have directed the new ministers and deputy ministers to work tirelessly with their colleagues to bring about radical socioeconomic transformation and to ensure that the promise of a better life for the poor and the working class becomes a reality,” Zuma said.

Zuma’s reshuffle has drawn criticism from business leaders as well as his allies and even within his own party in the Parliament.

Gordhan is at loggerheads with a faction allied to the President which has clashed with him over his plans to rein in government spending, running of the tax agency and other financial measures, experts claimed.

African National Congress (ANC) secretary-general Gwede Mantashe said that the ruling party was not consulted over the Cabinet reshuffle. He said that the President knows that the ANC is unhappy with the changes to the Cabinet.

Zuma's decision drew flak from leading business leaders in South Africa as well. "This decision, and the manner in which it was taken, is likely to cause severe damage to an economy that is in dire need of growth and jobs," said the CEO Initiative, an organisation that includes the chief executives of Nedbank, Standard Bank, the JSE and Investec.

South Africa's Communist Party (SACP), an ally of the ruling ANC, said on Friday the public should take serious action to prevent corruption at the treasury after the late-night cabinet shake-up.

The rand has extended its decline on the back of the Cabinet shake-up.