United Kingdom Chancellor of the Exchequer Rishi Sunak and Health Secretary Sajid Javid have resigned from their Cabinet posts and the Tory government, citing a lack of confidence in UK Prime Minister Boris Johnson. 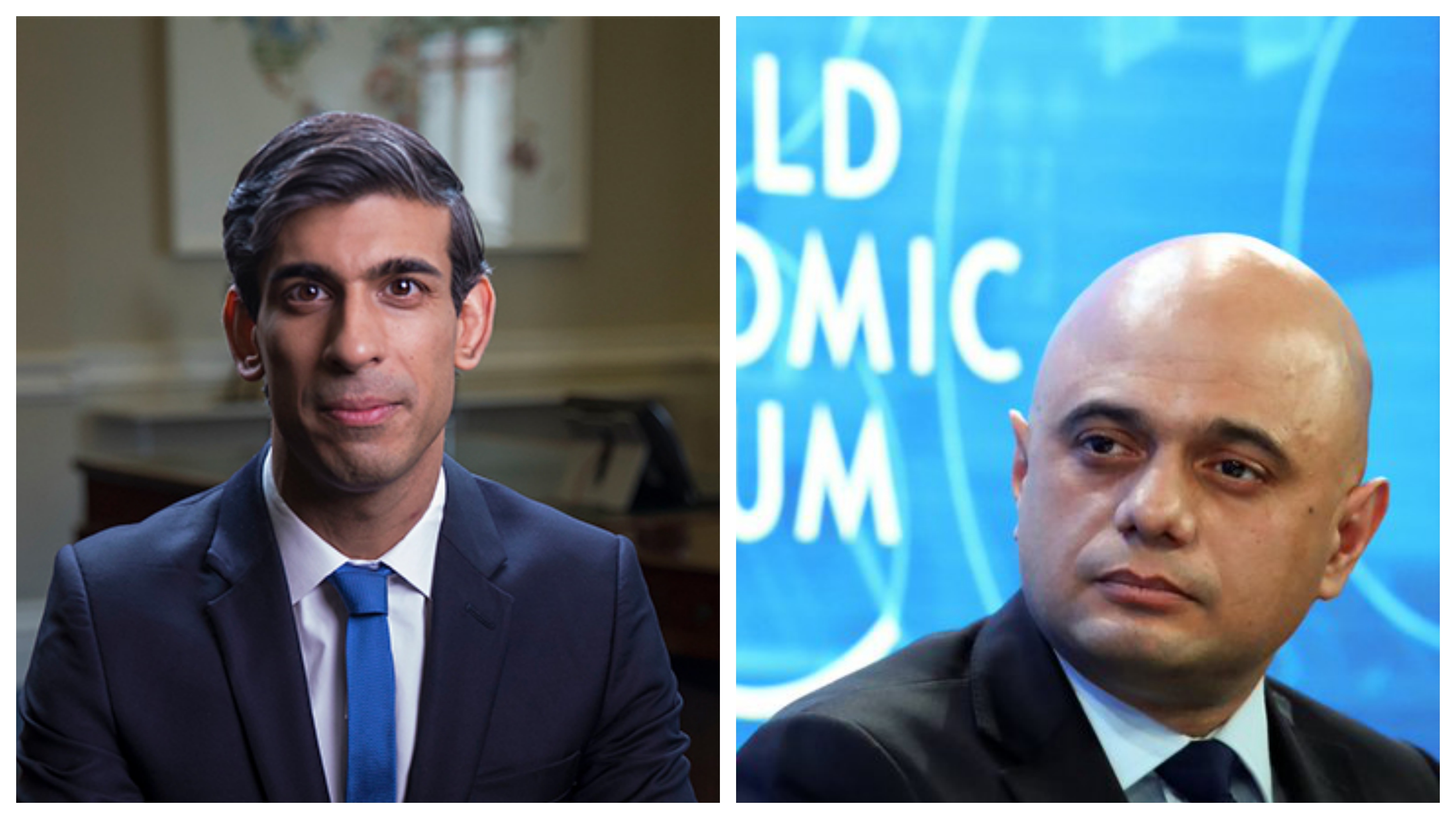 Sunak (left) and Javid reportedly told the PM they had lost confidence in him. Photos courrtesy: gov.uk, WEF

In his resignation letter, Sunak said the "public rightly expect government to be conducted properly, competently and seriously".

"I recognise this may be my last ministerial job, but I believe these standards are worth fighting for and that is why I am resigning," Sunak wrote.

The public rightly expect government to be conducted properly, competently and seriously.

I recognise this may be my last ministerial job, but I believe these standards are worth fighting for and that is why I am resigning.

My letter to the Prime Minister below. pic.twitter.com/vZ1APB1ik1

Javid said the public had concluded the government is neither popular nor competent and "this situation will not change under your leadership and you have therefore lost my confidence".

In his letter to the PM, the health secretary told Johnson that the British people "rightly expect integrity from their government".

I have spoken to the Prime Minister to tender my resignation as Secretary of State for Health & Social Care.

It has been an enormous privilege to serve in this role, but I regret that I can no longer continue in good conscience. pic.twitter.com/d5RBFGPqXp

The resignations may come as a potentially fatal blow for Prime Minister Johnson, who has been fighting to extinguish the flames of repeated scandals for months.

The latest controversy surrounds an MP, Chris Pincher, who he appointed as his deputy chief whip, despite being aware of previous allegations of sexual misconduct against him.

The prime minister's handling of the row over Pincher's appointment and what he knew about allegations against him has been criticised by opposition parties and Tory MPs.

Minutes before Sunak and Javid resigned, Johnson had apologised for appointing Chris Pincher to a government role.

In an interview today, the PM admitted he had been told about the complaint in 2019 - but had made a "bad mistake" by not acting on it.

No 10 said the PM was told about the 2019 complaint today morning after its account was disputed by the former top civil servant at the Foreign Office, Simon McDonald.

In a strongly worded letter, Lord McDonald insisted the prime minister "was briefed in person" about an inquiry into the complaint against Pincher in 2019.

Government minister Michael Ellis then told MPs the prime minister "did not immediately recall the conversation in late 2019 about this incident".

"As soon as he was reminded, the No 10 press office corrected their public lines," Ellis said.