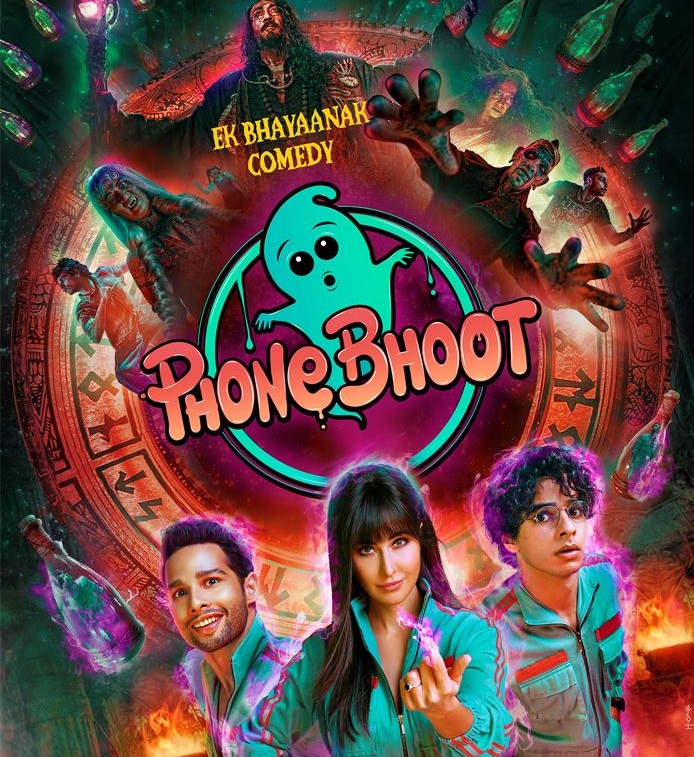 Sprinkled with spooky chills and laughter, 'Phone Bhoot' congregates a star-studded cast including Katrina Kaif, Ishaan Khatter, Siddhant Chaturvedi and Jackie Shroff, and is one of the most anticipated titles of the year.

The release date of the film has been the source of much speculation amongst fans ever since Excel Entertainment announced plans for the horror-comedy, a fast growing fans favourite genre around the world. The casting coup has also piqued the interest of fans, marking the first on-screen collaboration between Katrina Kaif, Ishaan and Siddhant Chaturvedi.

The special video sees a car crash into a ghostly figure dressed in white. It teases the film's hilariously scary vibes before revealing the animated ghost logo. You can see the post here.

Founded by Ritesh Sidhwani and Farhan Akhtar, Excel Entertainment has over the years brought audiences a compelling selection of content that has seen both commercial success and critical acclaim. The production house has also ventured into the creation of fine original content for the OTT universe.