Shiv Sena leader Sanjay Raut today appeared to say that the party’s doors for the rebel MLAs are finally closed and that it was too late for them to return. Raut, speaking to the media, said the rebel MLAs should now come to the floor of the Maharashtra Assembly.

Raut had yesterday said that the party was ready to re-think its alliance with the Congress and NCP if the rebel group returned to Mumbai in the next 24 hours. 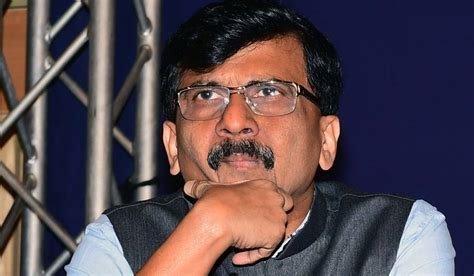 “If you are saying you are not leaving Shiv Sena and if your issue is with government, then we are willing to come out of it. But first, show the courage to come back and put forth your demands to Uddhav Thackeray. It will be considered if you come back within 24 hours,” Raut said.

Meanwhile, the Shiv Sena, which had yesterday asked for the disqualification of 12 of its rebel MLAs, is expected to make another disqualification application against 5 more Shiv Sena MLAs citing the same reason mentioned in an earlier petition.

In a letter penned by MLA Sanjay Shirsat, belonging to the Eknath Shinde camp, grievances were voiced about the CM being inaccessible and Sena leaders being denied the opportunity to visit Ayodhya.

“While we weren’t able to meet the CM, people from our ‘real opposition’ – the Congress and NCP – used to get opportunities to meet him and even funds were given to them related to work in their constituencies,” the letter reads.

Three more MLAs of the Shiv Sena have joined Eknath Shinde’s camp in Assam’s Guwahati since Wednesday night. Yesterday morning, Sena MLAs Deepak Kesarkar, Sada Sarvankar, and Aashish Jaiswal reached Radisson Blu in Guwahati and were welcomed by Eknath Shinde and other rebel legislators. With the addition of these three MLAs, at least 37 Sena legislators are siding with Shinde which is two-thirds of the party’s strength in the legislature.