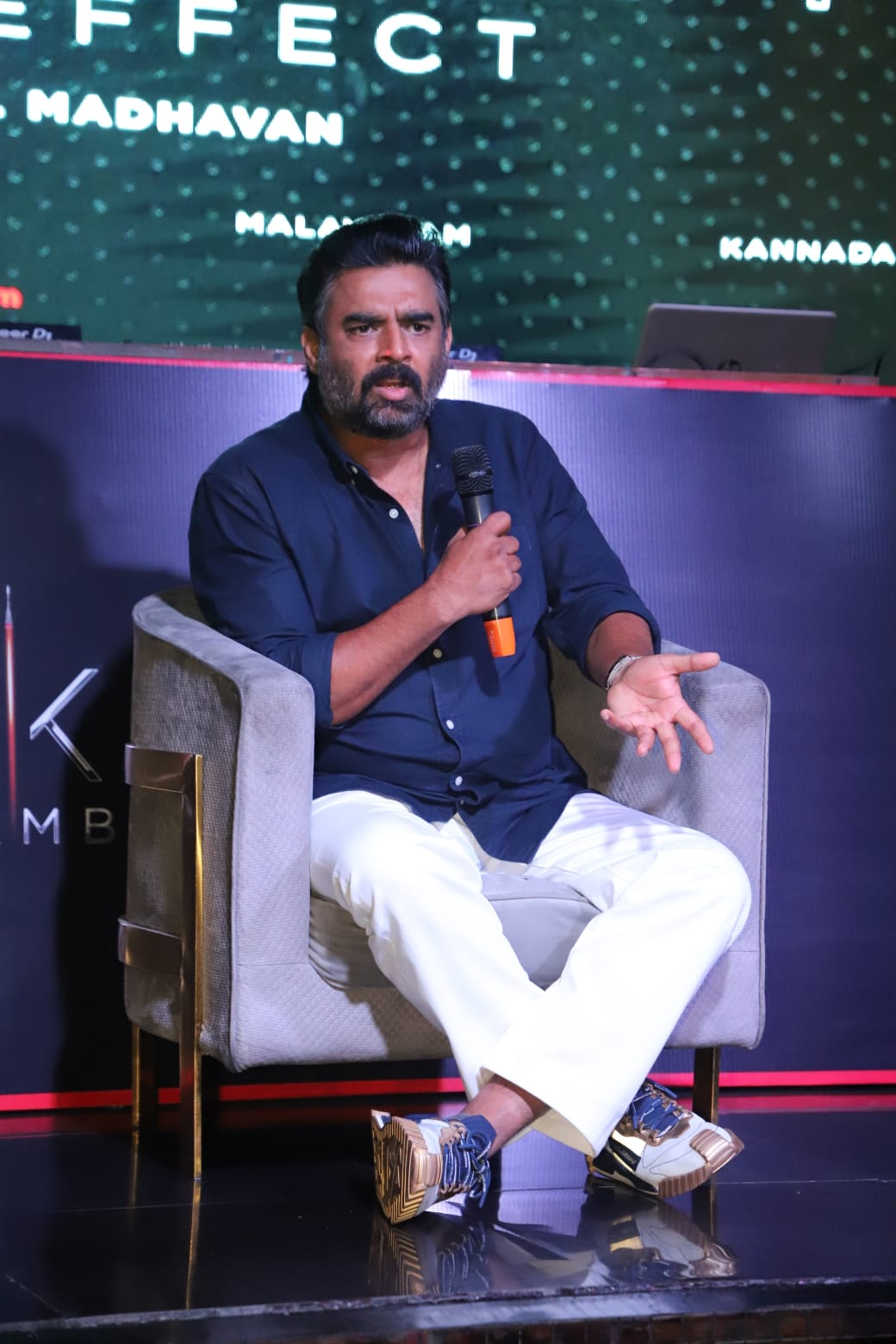 The movie is based on the life of ISRO scientist and genius Nambi Narayanan. Photo courtesy: Pallav Paliwal

The actor/director  was at an event held at The Ashoka Hotel, Chanakyapuri, New Delhi. The movie is all set to release on July 1, 2022 in various Languages like English, Tamil, Hindi, Telgu, Kannad and Malayalam across India.

The movie is based on the life of ISRO scientist and genius Nambi Narayanan. 'Rocketry: The Nambi Effect' stars R Madhavan in the eponymous role of Nambi Narayanan and boasts of a powerful ensemble cast including acclaimed international actors like Phyllis Logan, Vincent Riotta and Ron Donachie and with special appearances by superstars Shah Rukh Khan and Suriya.

Actor Suriya will be seen in a cameo in Madhavan’s debut directorial venture. The film marked the duo coming together after a gap of 17 years. Shah Rukh Khan will enact Surya’s portions in the Hindi version of the film.

“Suriya has worked in the movie without any fee, he has been so humble to me throughout the movie. There are so many good people in the industry who have been my constant support,” R Madhavan said.