The Indian Defence ministry has made it clear in an official statement that the Centre's defence recruitment scheme won’t be rolled back. 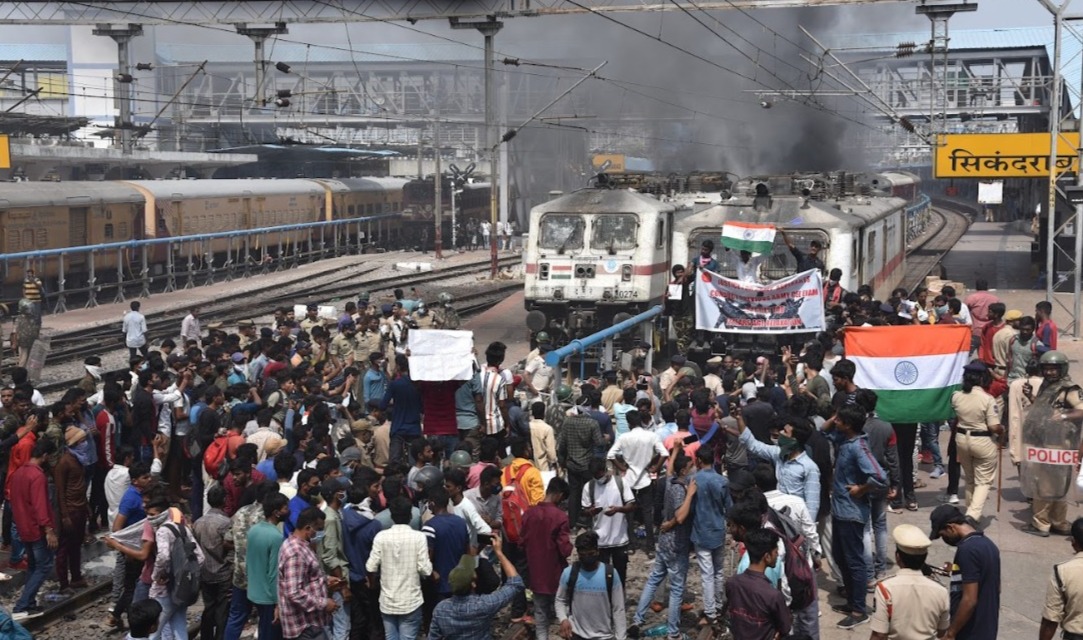 Defence reforms like Agnipath were long pending as the armed forces wanted to bring youthfulness and experience, top defence officials said amid nationwide protests against the scheme.

Referring to the reservations for the ‘Agniveers’ by different ministries, the defence ministry said that announcements were pre-planned and not in reaction to the arson which took place after the Agnipath scheme announcement. The defence ministry's statement comes at a time when India is witnessing widespread protests against the Agnipath scheme.

“This reform was long pending. We want to bring youthfulness and experience with this reform. Today, a large number of jawans are in their 30s and officers are getting command much later than in the past,” Lt Gen Anil Puri, Additional Secretary, Dept of Military Affairs, said at the briefing.

“Around 17,600 people are taking premature retirement from the three Services every year. No one ever tried to ask them what they will do after retirement,” Puri added.

“The 'Agniveers' would get the same allowance in areas like Siachen and other areas which are applicable to the regular soldiers serving at present. No discrimination against them in service conditions,” the defence ministry official said.

Lt General Puri said that the intake of soldiers under Agnipath scheme will be 50,000-60,000 which will increase up to ₹1 lakh subsequently. “We've started small at 46,000 to analyse the scheme...and to build up infra capacity,” he said.

“Agniveer batch number 1 registration process to start from June 24 and from July 24, phase 1 online examination process would start. The first batch would be enrolled by December and training would commence by December 30," Air Marshal SK Jha said.