An India-born doctor in UK was sentenced to four years in jail after being found guilty of serious sexual assault against a woman over three years ago. 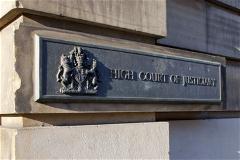 The jury convicted him for committing a sex crime when the victim was incapable of giving or withholding consent. Photo courtesy: scotscourt.gov.uk

Manesh Gill, 39, was convicted at the High Court in Edinburgh last month and sentenced at the same court for what Scottish police described as “horrific behaviour” this week. The court heard how the married general practitioner (GP) posed as "Mike" on the online dating app Tinder and arranged to meet the victim at a hotel in Stirling, where the assault took place in December 2018.

“The conviction and sentencing of Gill sends a clear message to anyone found guilty of sexual offences, you will be brought to justice,” said Detective Inspector Forbes Wilson of the Public Protection Unit of Police Scotland.

“Gill must now face the consequences for his horrific behaviour. The victim has shown tremendous bravery in coming forward and telling her story and I would like to thank her for her assistance during our investigation. I hope today's outcome will give her some form of closure,” Wilson said.

"We remain committed to tackling sexual abuse, we have specially trained officers and work with partners to provide support to victims. I would encourage anyone to report sexual abuse in any form, as all reports will be thoroughly investigated,” he added.

During evidence at the trial earlier this year, the woman – said to be a student nurse – described how her body "shut down" as she was sexually assaulted.

Gill, a father of three based in Edinburgh, had claimed the sex was consensual. The jury convicted him for committing a sex crime when the victim was incapable of giving or withholding consent. He has also been added to the Sex Offenders' Register for monitoring his conduct.