India saw its first 'sologamy' as 24-year-old Kshama Bindu married herself, with all the wedding rituals of 'mehendi' and 'haldi'. She got married two days ahead of the announced date to avoid any controversy after a BJP leader opposed her wedding and said she wouldn't be allowed to marry in a temple. 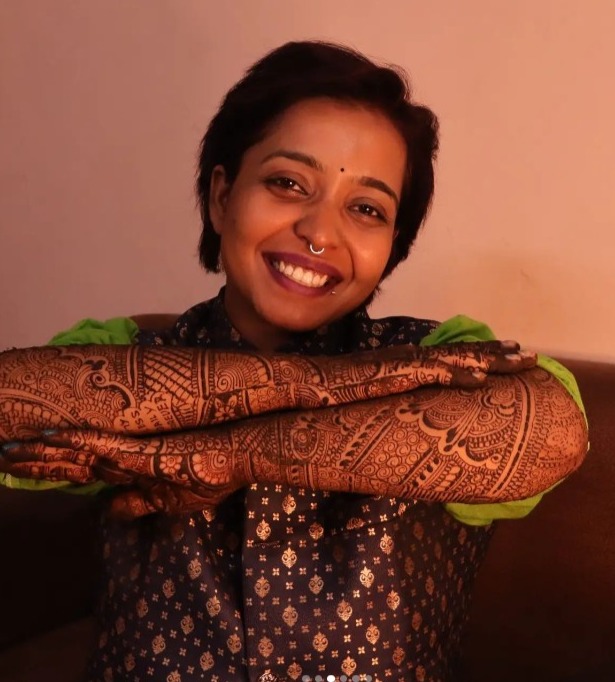 Bindu, who identifies herself as bisexual, said that she had realised that she didn’t require a prince charming, for which she decided to marry herself. Photo courtesy: Instagram/kshamacry

Kshama, a resident of Gujarat’s Vadodara city, took the internet by storm after she announced she was going to marry herself, claiming it would be the first ‘sologamy’ or self-marriage in India.

Bindu, who identifies herself as bisexual, said that she had realised that she didn’t require a prince charming, for which she decided to marry herself.

After the wedding, she thanked everyone in a video message and said she was grateful for the support and encouragement. "I would like to thank everyone who has messaged me and congratulated me and gave me the power to fight for what I believed in," she said on Facebook.

Kshama Bindu is a working professional whose mother lives in another city and has given her consent for the wedding.

Legal experts say that sologamy has no legal backing in India.