After an alleged spate of targetted killings, hundreds of Kashmiri Pandits have fled the Valley in recent weeks, despite Indian government officials trying to stop them from vacating their colonies. 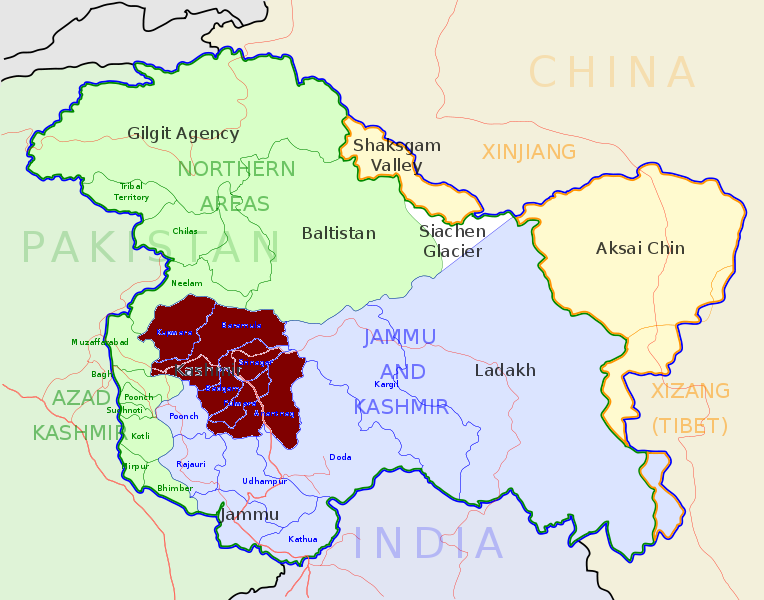 Hundreds of Pandit employees and their families have left Kashmir after the killing of Rahul Bhat last month. Photo courtesy: Wikimedia

An effort was made by scores of PM package employees living in Mattan in district Anantnag.

Senior police officials rushed to the area and prevented potential evacuees from coming out of the Colony. Carrying their belongings with them, they were heading to Jammu.

A Kashmiri Pandit employee living inside the Colony said that they were told by the police that they are not allowed to move out. “How can they lock us inside? Indian Government has failed to prevent target killings and they can’t keep us hostage. Right to life is the first priority for us. They can’t stop us from moving out,” he added.

Hundreds of Pandit employees and their families have left Kashmir after the killing of Rahul Bhat last month.

Sanjay Kaul is a government teacher, living in Vessu migrant employee colony in Kulgam since 2010 but he moved out of Kashmir yesterday along with his family.

“I have been living here since 2010. I have never felt insecure all these years. We saw worst phases of 2010 and 2016 agitation in Kashmir. We were living with Muslims in a cordial atmosphere. After recent killings, we are now scared and fear for our lives,” he told Excelsior.

Kaul who is also president of the colony said that all of them want to leave Kashmir as the situation is not conducive here. “We demand re-location outside Kashmir till the situation normalizes. They can bring us back later. Till then Government should utilize our services outside the Valley,” he said.

Kaul said that hundreds of Pandits have left for Jammu after the killing of Rahul Bhat last month. “There are around 3000 Pandits living in Vessu and half of them have fled to Jammu in recent weeks,” he said.

When asked about Government’s assurance of providing them secure accommodations and postings, he said that it is not possible to guard people all the time. “We have to travel from our accommodations to posting places, we have to go to market, take children to schools and go to hospitals for ailments. It is better, if Government moves us out till the situation normalises,” he suggested.

Avtar Krishan Bhat, president of Veervan Pandit Colony in Baramulla, said that out of around 300 families of the employees living in Baramulla district, half of them fled recently after the target killings. “Eight families from Baramulla fled to Jammu today only,” he said.

Bhat said that their main demand is re-location outside Kashmir for which protests were being held across Kashmir by the Pandit employees and their families. “Government is not interested to fulfil our demand, so we have called off protests and asked the families to leave the Valley,” he added.