The diplomatic offensive by Islamic nations over former BJP leader Nupur Sharma's remarks about the Prophet escalated as the UAE, Jordan and Indonesia joined a long list of Islamic nations denouncing the 'insults to the founder of Islam'. 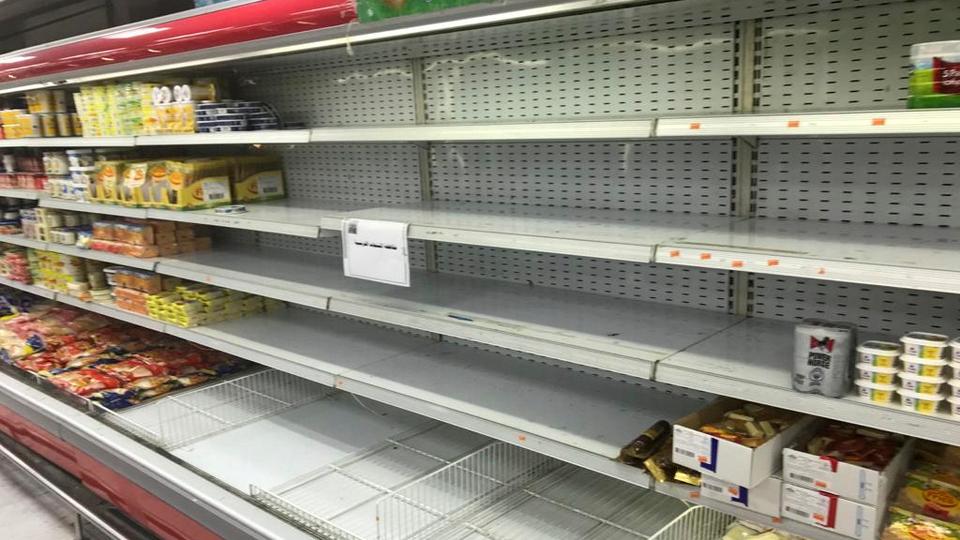 A supermarket in Kuwait pulled down Indian products from its shelves to protest the derogatory comments. Photo courtesy: Twitter/@SobugMessi10jr

Yesterday, UAE's Ministry of Foreign Affairs and International Cooperation (MoFAIC) affirmed firm rejection of all practices and behaviours that contradict moral and human values and principles. UAE underscored the need to respect religious symbols and not violate them, as well as confront hate speech and violence.

The Kingdom of Jordan too condemned the remarks made by the now-sacked BJP leader. Ministry spokesperson Ambassador Haitham Abu Alfoul stressed Jordan's denunciation of such statements and firm rejection of violation against Islamic and other religious figures.

The BJP-led Centre is already troubleshooting after Gulf countries like Saudi Arabia, Kuwait, Qatar, Oman, as well as Iran in the Persian Gulf, condemned the BJP leader's remarks.

Qatar and Kuwait even said they expect a public apology from India, prompting India to say the comments from some "fringe elements" did not represent the views of the Indian government.

A supermarket in Kuwait pulled down Indian products from its shelves to protest the derogatory comments.

Indian goods are being removed from the supermarket shelves in Kuwait. The panic in India’s Hindu Right Wing camp exposes their cowardice. pic.twitter.com/CWqCPIexAC

Workers at the Al-Ardiya Co-Operative Society store pulled down Indian tea, rice, spices, and other products into trolleys and covered the items with plastic sheets, photos circulated on social media showed.

Six Islamic nations, as well as the Organisation of Islamic Cooperation (OIC), which consists of 56 member states, have censured the BJP over the controversial remarks.

Indian ambassadors to Iran, Kuwait, and Qatar were also summoned by the foreign ministries of the respective countries.

The ruling BJP suspended its spokesperson Nupur Sharma and sacked Naveen Jindal, who was media head of the party's Delhi unit.

A senior official at the Qatar Embassy in New Delhi said PM Modi's government must publicly distance itself from the comments.

During a TV debate on the ongoing Gyanvapi Masjid row, Nupur Sharma made her remarks in response to “Muslims mocking the Hindu faith by making fun of the Shivling and calling it a fountain”.

Cases were registered in several states against her for hurting religious sentiments as both clashes (including in Kanpur) and protests calling for her arrest and also threats against her spiralled. Sharma withdrew her remarks. Jindal also deleted his tweet. However, the BJP suspended Sharma and sacked Jindal amid global outrage.