Speaking at the opening of the 23rd ASEAN Transport Ministers Meeting, Singapore’s Deputy Prime Minister Teo Chee Hean said an agreement will be signed tomorrow between the member countries of the Association of South East Asian Nations (ASEAN) to make it easier for buses to move within the region. 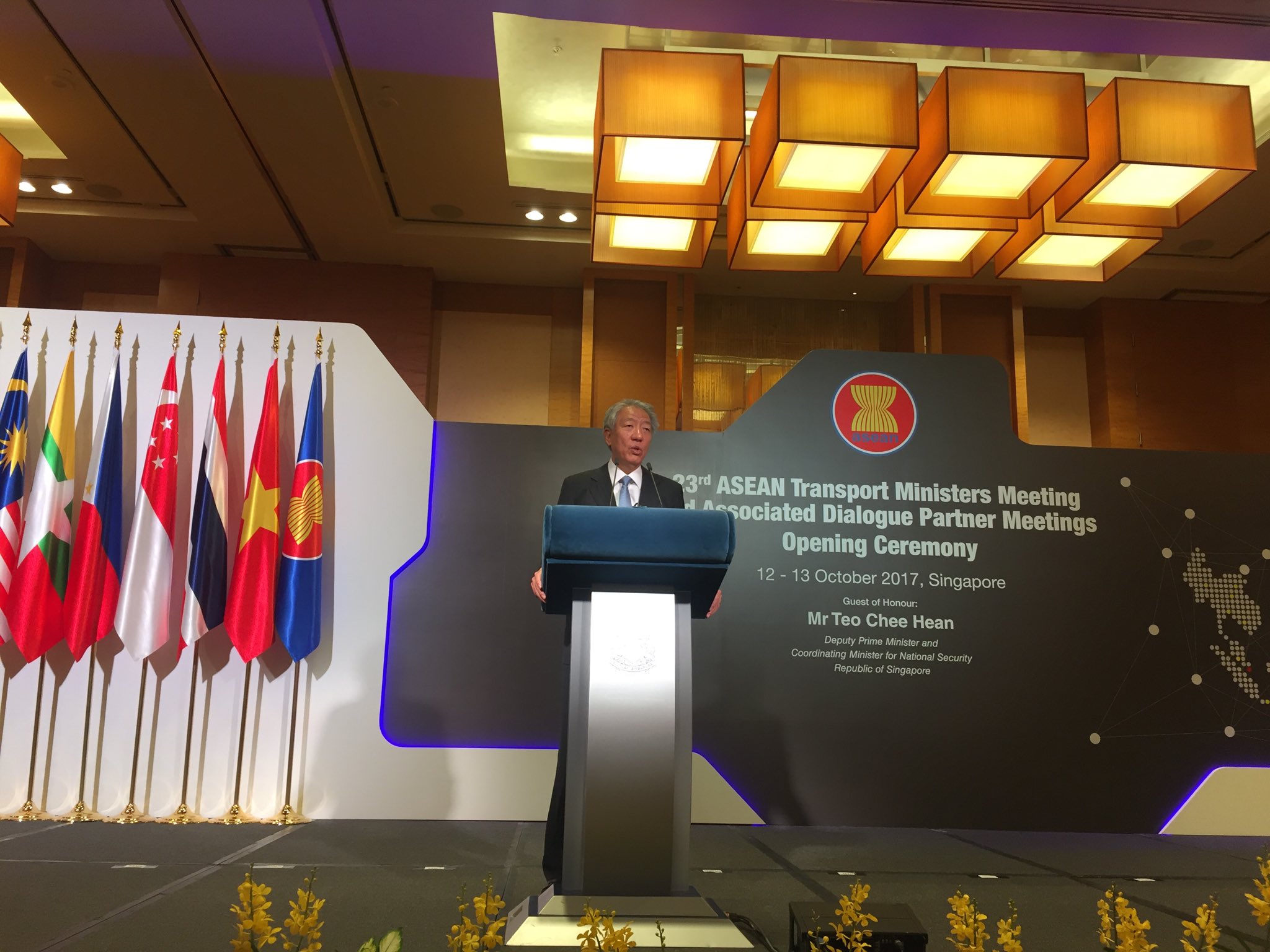 The annual meeting for ASEAN transport ministers to iron out transport cooperation initiatives is set to allow thousands of buses to enjoy facilitated entry and transit to other member states. Called the ASEAN Framework Agreement for the Facilitation of Cross-Border Transport of Passengers (CBTP) by Road Vehicles, the pact sends a "strong signal" to the international community that the region is “committed to foster open, integrated economies and will further liberalise trade,” Teo added.

"The CBTP will simplify the requirements for cross-border bus transport services within ASEAN, and allow thousands of buses to enjoy facilitated entry and transit to other member states," Teo said at the event at Marina Bay Sands. "This sends a strong signal to the international community that Asean is committed to foster open, integrated economies and will further liberalise trade for the benefit of all our people."

At the same time, Singapore is ready to ratify Protocol 1 of the Asean Framework Agreement on the Facilitation of Goods in Transit.

Several agreements that will liberalise the region’s air services, as well as improve the safety and efficiency of air travel in the region and beyond, are also expected to be signed and adopted during the meeting in Singapore, said the Ministry of Transport in a media release.

In his speech, Teo also urged Southeast Asian nations to press on with cooperation and integration efforts in transport, describing the transport sector as the “backbone” and “critical enabler” of trade and tourism flows, Channel NewsAsia reported.

“We can expect transport to play an even more important enabling role as trade and tourism flows intensify, driven by strong economic growth and a fast-expanding middle class,” he said.

Further steps have also been taken to implement the ASEAN Single Aviation and Shipping Markets. The former will integrate the region’s aviation sectors in all aspects, including air services liberalisation and air traffic management.

“This will greatly increase air traffic management efficiency and capacity in ASEAN, and allow ASEAN to meet the strong demand for air travel in the region,” Teo said.

Singapore is also ready to ratify Protocol 1 of the ASEAN Framework Agreement on the Facilitation of Goods in Transit, Teo said.

When it comes to strengthening transport links with key partners beyond the region, Teo cited ongoing efforts such as the negotiations on the Regional Comprehensive Economic Partnership and projects under China’s Belt and Road Initiative.

A Comprehensive Air Transport Agreement with the European Union is also in the works. If successful, it will allow airlines from ASEAN and the EU to more effectively access the growing market for air travel within and between the two regions, he said.

Held from October 12 to 13, the 23rd ASEAN Transport Ministers Meeting and associated meetings with dialogue partners China, Japan and South Korea take place against the backdrop of ASEAN’s 50th anniversary.

Singapore last hosted the meeting as well as the ASEAN Senior Transport Officials Meeting in 2007.